Spc. Shane Adriano and Pfc. Tristian Resz are both serving in the military – and are proud to be gay! On February 11, 2016, Shane and Tristian joined their hearts as one in an intimate ceremony attended by their family and close friends at the Green County Courthouse in Springfield, Missouri.

A snapshot of the newlywed gay couple while sealing their union with a kiss was shared by the American Military Partner Association on its Facebook page – and the response was quite overwhelming!

While there were a lot of negative comments and haters who went as far as cursing the gay couple, there were also plenty of well-wishers who congratulated the two and encouraged them to stay in love without letting other people dictate what they should or should not do.

It was even quite surprising that many of those who supported the couple and sent positive comments were members of the military who are currently serving but there were also a lot of veterans.

Many are also lauding the military for not interfering with the relationship of these two guys, considering that gay presence in the armed forces is something that is not entirely accepted with readiness by society.

What do you think of this photo and of the couple’s union in marriage? 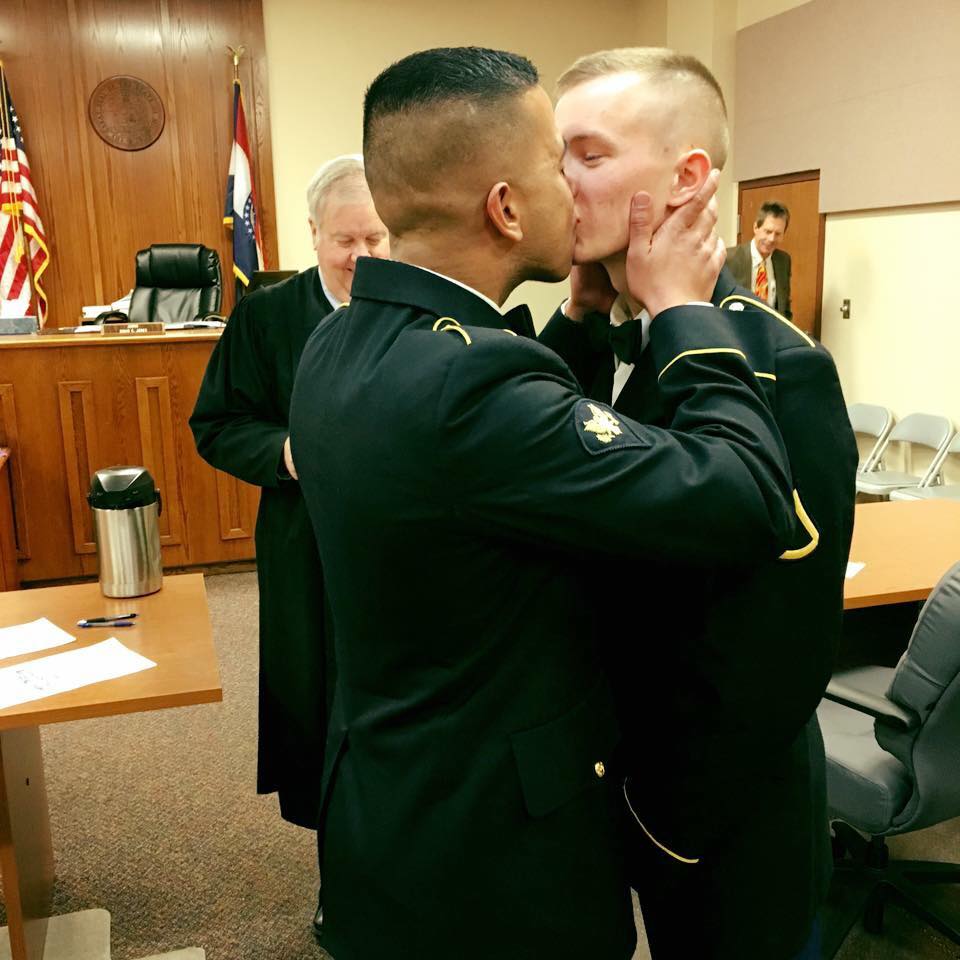 While same-sex marriage is something that is still frowned upon by many cultures, there are already a number of places where such is actually legal. In fact, while in the past religious unions were done even without legal recognition, there are now a lot of places that same-sex couples can go to so they can be formally and legally recognized as married couples.

Currently, there are 14 countries that recognize same-sex marriage:

Same-sex marriage is also recognized in some parts or sub-jurisdictions of these countries: