Traffic problems abound in many areas in the world, so much that traffic woes are among the top complaints you can see on social media or read in news reports. In a small city in the Philippines, Dumaguete City, a Facebook group called I PARK like an IDIOT in DUMAGUETE CITY has gotten so annoyed with drivers who do not follow traffic rules that they are placing stickers on these erring drivers’ vehicles!

The group has been around for some time now, with members posting snapshots of vehicles parked in the wrong spots or parked in parking slots but hogging more than one spot. With over 3,600 members, the group has been actively public shaming these so-called “idiot” drivers but it is only quite recently that they began acting on these complaints by printing out stickers they place on the wrongly parked vehicles.

The large sticker has a yellow background which makes it more noticeable once placed on the vehicle – and it had the words “I park like an idiot” printed in black.

Within days after someone from the group posted the graphic/file for the stickers, a vehicle was photographed with the humongous sticker on its windshield! We’re not so sure if that sticker came off easily but the driver of that vehicle (which actually looks new!) was surely affected by that sign. 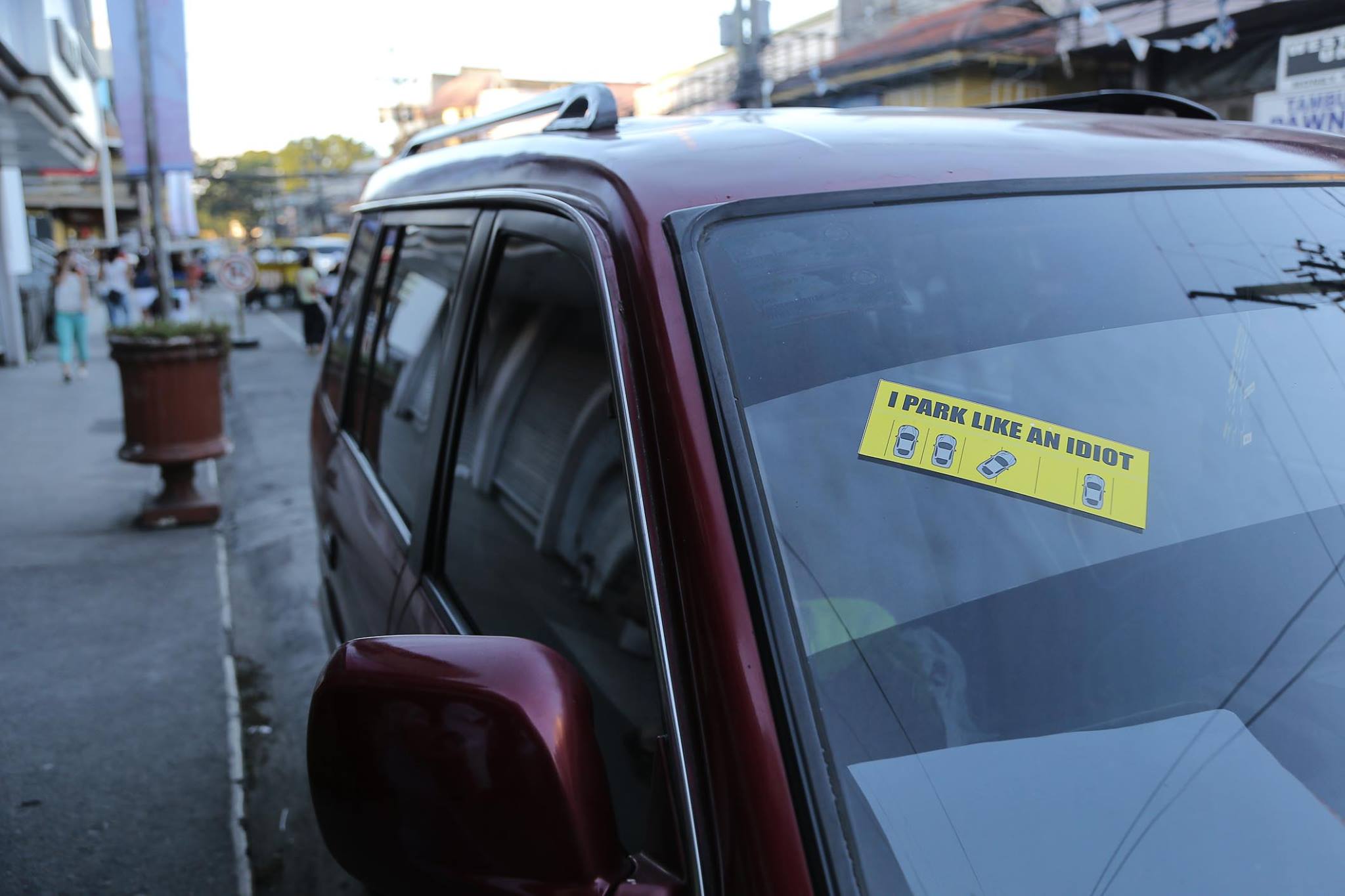 While many commend the group’s move to teach these erring drivers a lesson, many are also issuing warnings that sticking these stickers on the windshield of the wrongly parked vehicles could cause serious altercations – and possibly lawsuits or even fistfights! Worse, someone could get seriously hurt if they were caught by the vehicle owners while they are placing the stickers!

A better option would be to use flyers instead of stickers. What do you think?

Traffic Violations in the Philippines

In many parts of the Philippines, drivers and pedestrians do not follow traffic rules and are not afraid to do so because most of them do not get caught, anyway. A lot of drivers do not even know what traffic signs and paints on the roads (such as double yellow lines) mean because 1) most do not undergo driving lessons and 2) many pay someone from the licensing department (Land Transportation Office) so they can get a license!

This is the reason why many areas in the country have problems with traffic, leading to groups such as the one in Dumaguete being created on Facebook to shame these drivers into learning their lesson as the people could not always rely on the traffic officers to do their jobs (and there are only a few of these officers compared with the number of errant drivers).