El Dorado and the mystical Atlantis are lost worlds whose existence had been debated for centuries. It is theorized that these places might have been the products of a writer’s overactive imagination and did not really exist in reality.

Some of these amazing places are the twin sinkholes in Sima Humpboldt, Venezuela and strange mysteries of Son Doong Cave, Vietnam. 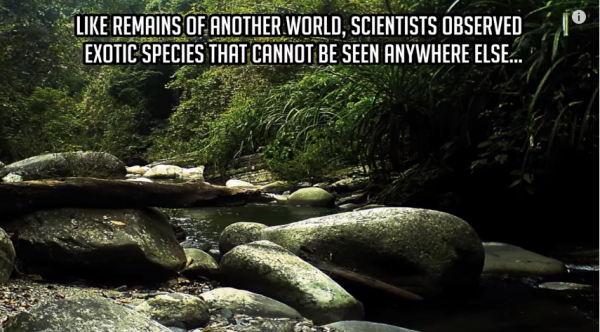 However, it surprised me a lot that the Palawan Highlands in our country, the Philippines, has made it to this list. This just goes to show how much we know [or don’t know] about our country. It seems that it is best this lost world remains virtually undiscovered so as to preserve the natural ecosystem of this magical place.

The Mysterious Flora and Fauna in Palawan

Did you know that the flora and fauna in Palawan is more related to those in Borneo than with the rest of the Philippines? This is mostly due to the fact that it is biogeographically part of Sundaland, according to Wikipedia.

There are several animal and plant species endemic to the island – many already discovered and named but, just as the video above reported, many are yet to be found. Some of the known endemic animal species include the Palawan birdwing, Palawan bearded pig, Palawan peacock-pheasant, Philippine mouse-deer, and the Philippine Pangolin. 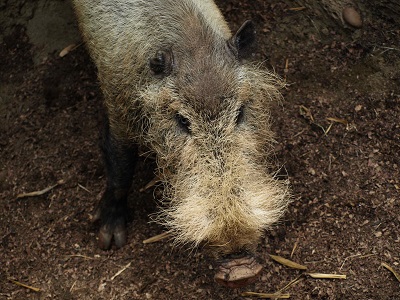 In the video, new species such as the blue mushroom and the giant pitcher plant have been found. More explorations and expeditions are needed before scientists could ever discover all the species living in Palawan, especially because many of its areas continue to be inaccessible and won’t like be accessible in the next couple of years.