While it clearly is a joy for overseas Filipino workers (OFWs) to go home and visit their families during their scheduled vacation break from their work abroad, many also fear a number of troubling things they hear on the news, making them feel afraid of going home. 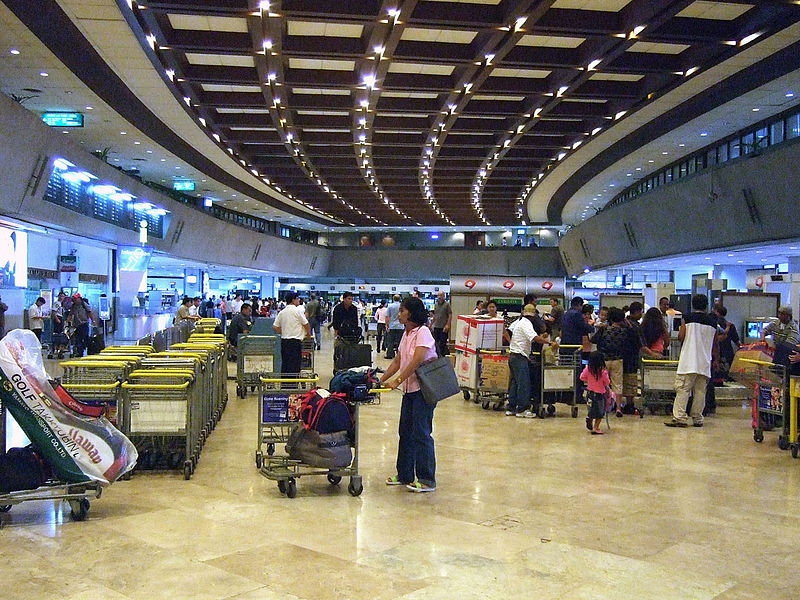 By Kounosu (Own work (own picture)) [GFDL or CC BY-SA 3.0], via Wikimedia Commons

After months of saving money and buying items on sale at the malls and bazaars where they work, OFWs feel a sense of satisfaction that they finally filled their balikbayan boxes. These they send to their families but they face possible trouble because the Bureau of Customs (BOC) opens the balikbayan boxes and tax them big time for the items. Some OFWs worry that some items might get lost during the inspection.

There have been a number of reports of looted boxes but trying to report these incidents can be futile because the OFWs are only passed on from one official to another and, often, there will never be a resolution to the incident.

OFWs are warned to always be alert upon reaching the NAIA because there have been a number of reports of people losing money or luggage inside the terminal. For example, 39-year-old Elenita Casim lost two years’ worth of savings, important work documents, tickets, her passport, and various electronic gadgets after accidentally leaving her backpack at the Terminal 4 security x-ray machine.

CCTV footage of the incident shows that two airport security screeners retrieved the pack and placed it on top of the machine but Casim was not able to get it back when she returned to the area minutes later.

Upon arrival at the airport, there are plenty of porters who offer their services so you won’t have to break your back carrying all your stuff; however, beware of some scammers who will try to bring you away from the pick-up point so they can ask more money from you.

This happened to 74-year-old Dalisay Mendoza whose son got worried after an hour had passed after her flight had touched down and she still did not arrive at the designated pick-up area.

With domestic airlines already offering online ticket sales, OFWs might as well take advantage of that so you won’t be victimized by scammers offering high-priced tickets at the airport. A victim had recently reported his experience wherein an airport policeman allegedly assisted him in getting from NAIA Terminal 1 to Terminal 3.

The airport taxi the policeman called apparently used a long route because the OFW missed his flight. He was offered a ticket voucher to his Tacloban City destination which cost him P5,750 and was assisted to a hotel because the next flight was on the following day but he later found out the flight only costs P2,200 from the airline.

Perhaps the scariest of all these horrifying OFW worries is the so-called “tanim bala” or “laglag bala” modus operandi wherein airport security manning the x-ray machine finds a bullet or two inside your luggage. Many victims readily pay off the officers even if they knew they were innocent just so they won’t miss their flights or be implicated with something they did not really do but others do not have money or are not willing to pay, resulting in their spending a night or even a week in jail!

Among the most recent victims is 56-year-old Gloria Ornitez, an OFW for 20 years who was bound for Hong Kong. Not only did she miss her flight, she spent the night in jail, and is now facing criminal charges. Worse, she is also in danger of losing her job!

So, we warn all OFWs and travelers to the Philippines to be vigilant at all times, not just when you are at the x-ray machines but anywhere else in the airport as the perpetrators of the laglag bala gang and all these other airport scams just might be preying on you.