Danie Mae D. Ybañez, 21, who graduated with a degree of Bachelor of Science in Chemistry graduate at the University of San Carlos learned that she passed the Chemist Licensure Board Examination while she was aboard a jeep – and while she was wiping tears of joy, she noticed that she was in the top 10, too!

She’s the only topnotcher from Cebu – and she ranked third among the 559 who passed the exams taken by 1,019 examinees!

The young lady admitted that she was rather overwhelmed with the news, especially because she did not expect that she will be among the topnotchers of the board exams. 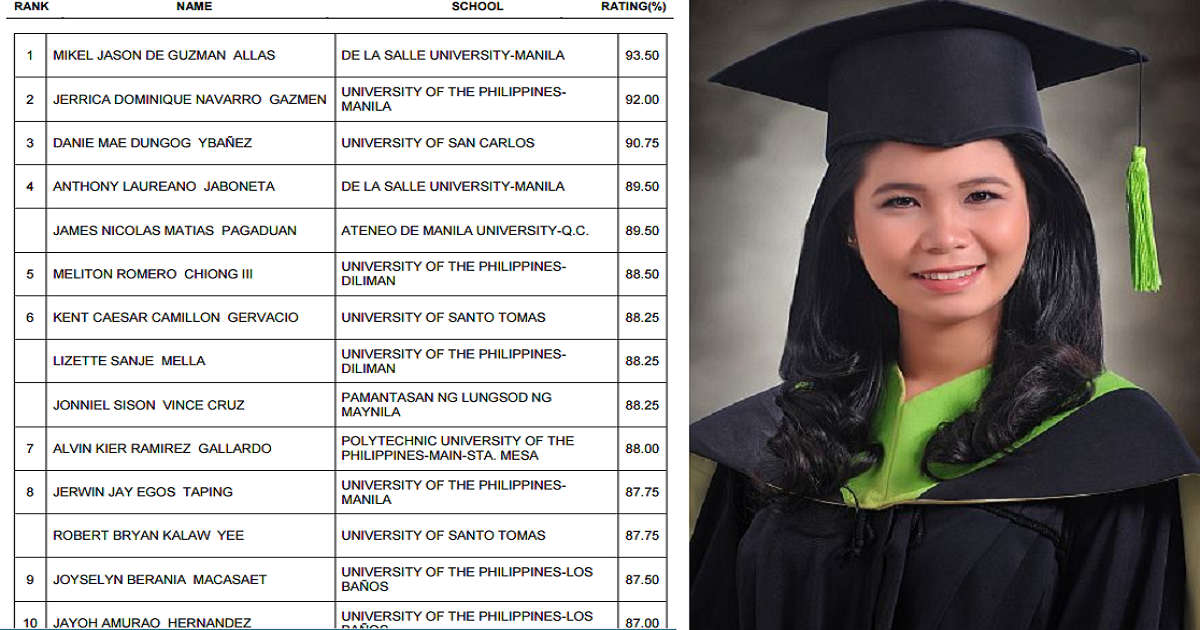 A self-confessed self-taught student, Ybañez said she learned most of her books but she also benefitted a lot from being enrolled in University of San Carlos and also because enrolled at the school’s review center after graduation.

As a child, Ybañez had already been an achiever. Back in her elementary years, she graduated first honorable mention from Lapu-Lapu City Central School while she was the class valedictorian at Mandaue City Science High School, reports the Inquirer.

As the daughter of a factory worker, studying in college had always been a challenge for Ybañez. She said that her 41-year-old mother Mecil Ybañez could not immediately provide for her immediate financial needs while she studied because she also had two other kids to care for.

But these challenges only strengthened Ybañez’s drive to excel in her studies and work hard to pass the board exams. She had only wished to pass the difficult Chemistry board exams but passing the licensure exams with flying colors was something that was surely a beautiful blessing for her.

So, what’s next for our topnotcher? Plans to pursue her doctorate degree in United States of America (USA), of course! Congratulations and good luck, Danie Mae D. Ybañez!