He absolutely hates gays! In several Facebook posts, Reverend Matthew Makela of St. John’s Lutheran Church and School in Midland, Michigan, blasts gays as being sinful. He compares homosexuality with alcoholism. He is everything that embodies what homophobics are…yet he is now eating his own words after Queerty outed him as gay in an undercover operation that had his church fumbling for an explanation to the parishioners.

Makela loves to target homosexuals in his Facebook posts, speaking some really powerful words against these people. Who would have thought that he would later be exposed as gay? Certainly not his parishioners nor his wife and five kids! 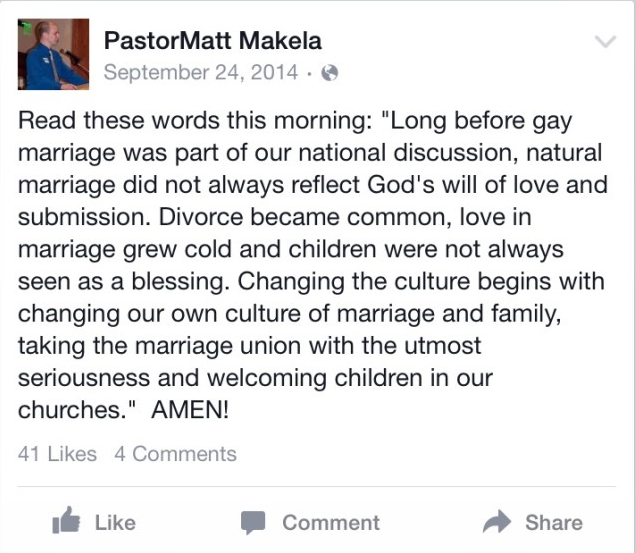 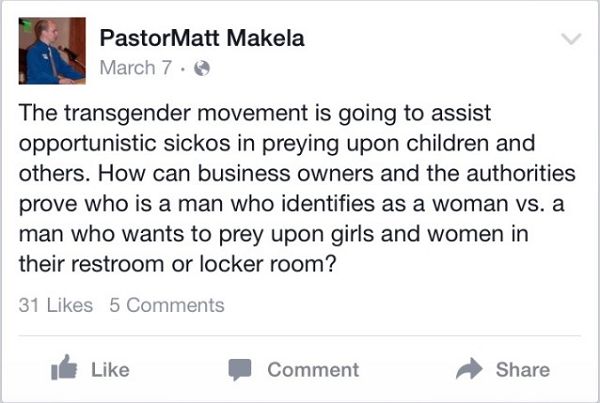 But Makela lives a double life, searching for men to hook up with on Grindr, a gay dating app. On Grindr, Makela is the opposite of his religious stance as he freely talks about gay stuff he enjoys the most to people he chats with.

Somehow, this deeply religious gay-hater felt he was free to release his inhibitions on Grindr because, well, why would his parishioners be on the app, anyway? So, while chatting with some guy (who would later reveal his secret), he freely talked about enjoying a massage and an oral, about being the top, and enjoying a cuddle without some clothes on. He even freely posted his photos for this guy to see, in hopes of finding love. 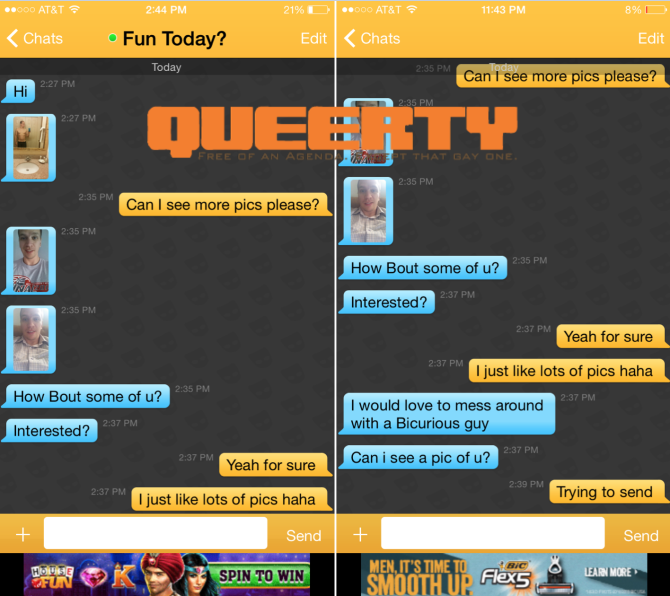 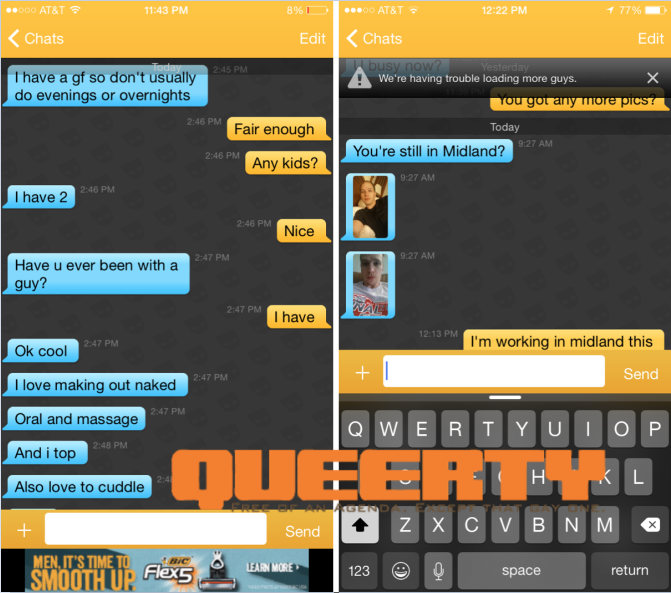 Unknown to Makela, it was just a trap. The telling exchange was posted on Queerty and had quickly gone viral, leading to Makela’s ultimate resignation from the St. John’s. The church would actually defend him afterwards, chiding people for “sharing his sins which were supposed to be kept confidential!” The church has also deactivated its Facebook account and encouraged parishioners to ignore the pastor’s Grindr story.

So, Makela has the right to freely blast gays but when he was outed as gay, the church wants people to keep quiet about it? Isn’t that unfair?

Homophobia is the term used for the fear or hatred of homosexuals, whether gay men or lesbian women or bisexuals. It is “not confined to any one segment of society” as it is often dependent on an individual’s perception.

Sadly, homophobia has led to many untimely deaths, some of which are too violent to recount. These homosexuals are being targeted just because they have a different sexual orientation than the gender in which they were born in. Even sadder is the fact that these violent crimes are perpetuated by deeply religious people who “only wish to fulfill the will of God”.