MANILA, Philippines- Marlene Aguilar is once again embroiled in a controversy after posting a series of Facebook posts in which she deliberately bashed Pope Francis.

According to Aguilar, Pope Francis is involved in a number of criminal cases including “child rape, child torture, child murder genocide”. She also shared links containing stories accusing the pontiff of criminal charges. 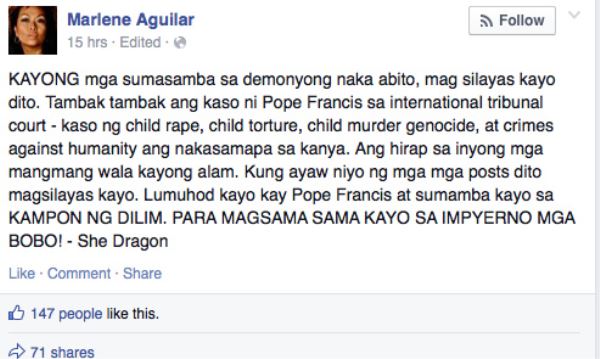 Although her controversial statement angered many netizens, several of Aguilar’s supporters defended her.

An art patron, Marlene is the sister of folk singer Freddie Aguilar. She made headlines several years ago after facing raps for hiding her son Jason Ivler from authorities. Ivler was earlier charged with murder after allegedly killing the son of presidential chief of staff undersecretary Renato Ebarle Sr. in 2009.

Aguilar is also known for making daring statements on several issues. Earlier, she called her niece Maegan’s boyfriend “palamunin”. She also labelled her brother Freddie’s young wife as a “prostitute”.

Aguilar’s Other Accusations Against Pope Francis

Aside from alleging the Catholic church head of doing “criminal acts to humanity”, Aguilar called Pope Francis  a “servant of darkness wearing a white robe”, a “commander of Satan” and “evil”.

Check out some of her statements here: 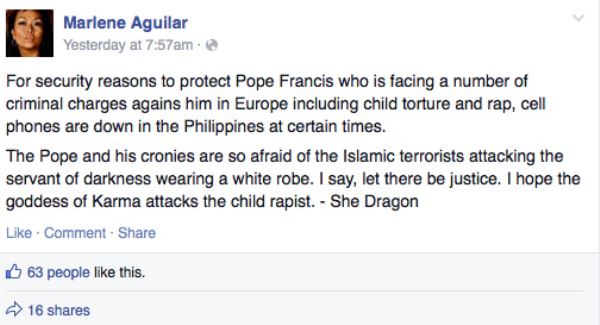 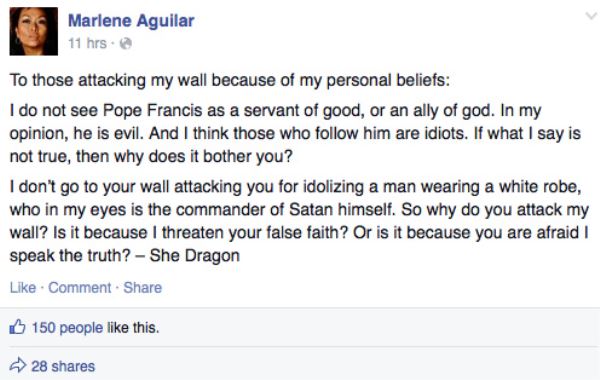 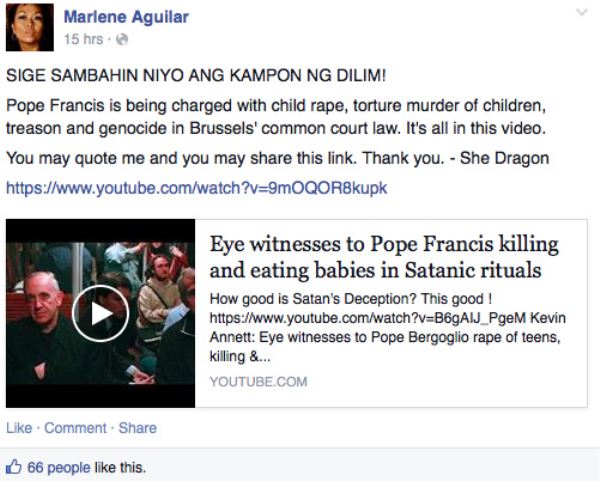