An orangutan at a zoo has recently gone viral for getting really emotional after seeing a pregnant woman. The video of the orangutan trying to kiss and caress the pregnant lady’s huge belly has been viewed over 16.4 million times on Facebook!

Kayley Bettany and her husband Kieran had gone to the zoo and were at the primate exhibit when a male orangutan happened to take notice of her pregnant belly. Sensing that the huge belly held something special, the orangutan moved closer and tried as hard as he could to kiss Kayley’s belly through the glass enclosure!

He also tried to caress Kayley’s tummy. In the post, Kieran also revealed that the orangutan cried! 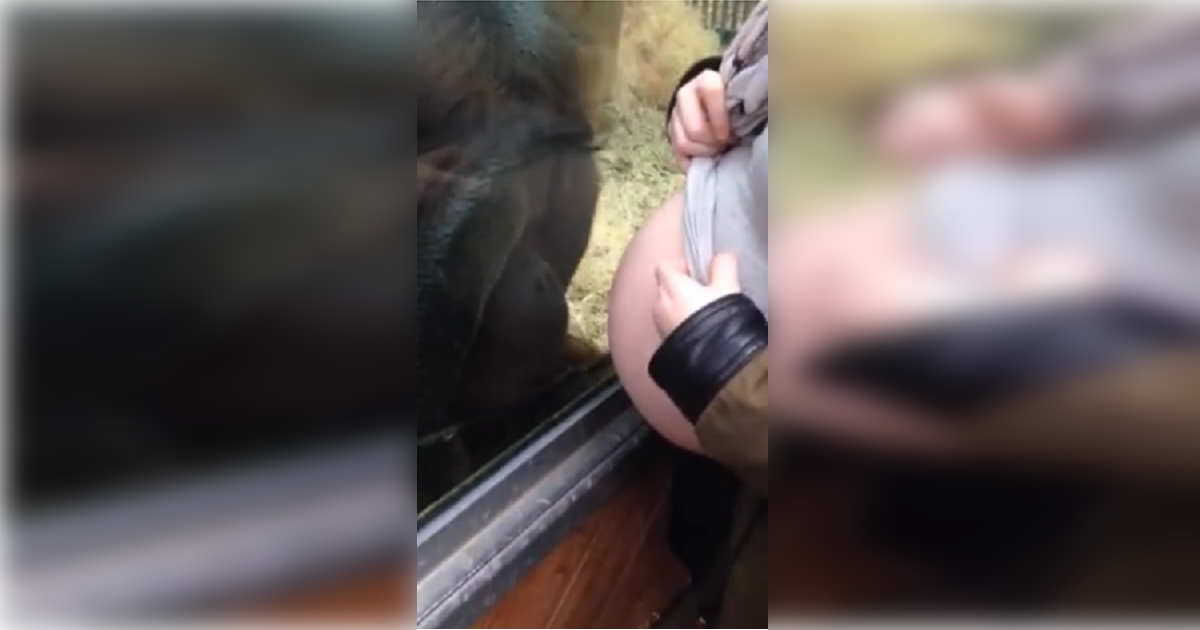 It is amazing how this creature was able to understand what was going on in this lady’s stomach – considering that there were surely other people with huge bellies (pot bellies, that is) who have been visiting the zoo.

The couple shared the touching moment on social media where it quickly went viral. They did not expect that it would be so popular yet it seems that there are a lot of people who were also touched by this video. After all, orangutans and other primates are believed to be a close relative of people – surely, this one had experienced pregnancy among his companions and knew that this lady’s huge stomach does not only contain food but something extra special!

Amazing. He even cried Kayley Bettany

What is an Orangutan?

The orangutans are “the two exclusively Asian species of extant great apes who are native to Indonesia and Malaysia”. They are considered to be among the most intelligent primates.