A woman named Alicia was just driving along a highway in Arkansas with her mother when they spotted an elderly man on a bicycle, pulling a cart filled with several dogs. What they didn’t know is that this encounter would help change the life of this kind homeless man and his adopted pets.

While many people would have drove on, Alicia stopped and talked to the old man. She learned that his name is Steve, he’s been homeless since 2001, and that the 10 dogs in his cart were strays he picked up and nurtured over the years. 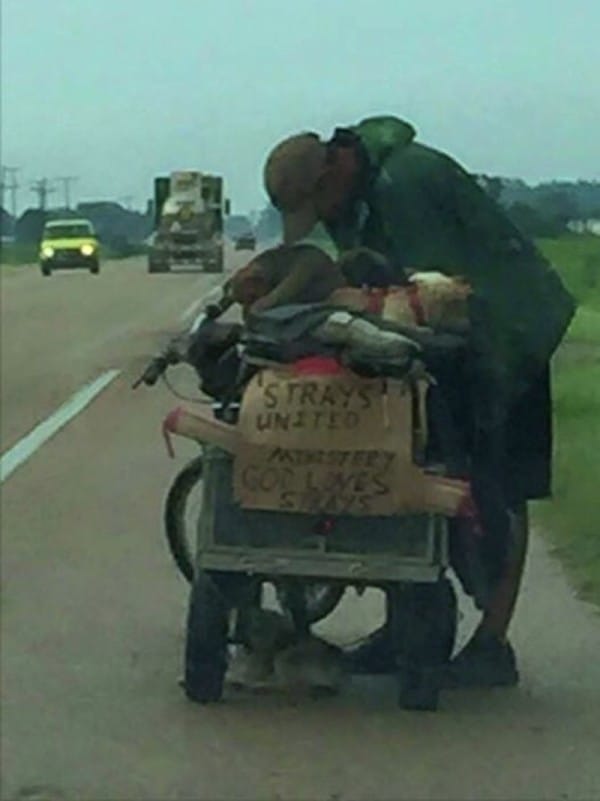 He’s homeless and mostly penniless yet he chose to save the lives of these dogs, nonetheless. At the time, he was on his way to meet his girlfriend in Indiana. Because he didn’t have money, he planned to cycle all the way to Indiana, over 500 miles away. 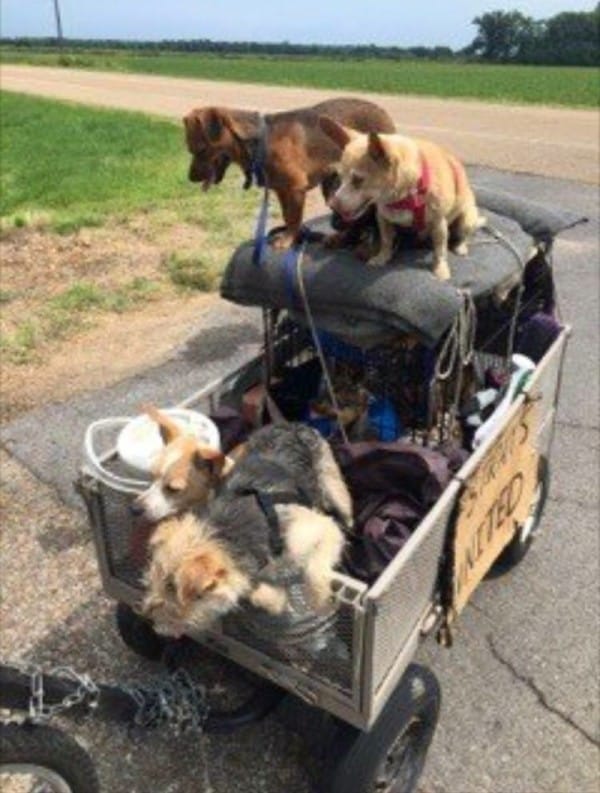 Touched by what she heard, Alicia ‘adopted’ the old man and his strays. She let them live at her house while she posted a cry for help from dog lovers all over the country. Just two hours later, someone volunteered to drive him to his destination.

Someone also helped set up a GoFundMe account for Steve; the goal was just $10,000 but donations poured in so quickly that it would soon reach over $35,000. 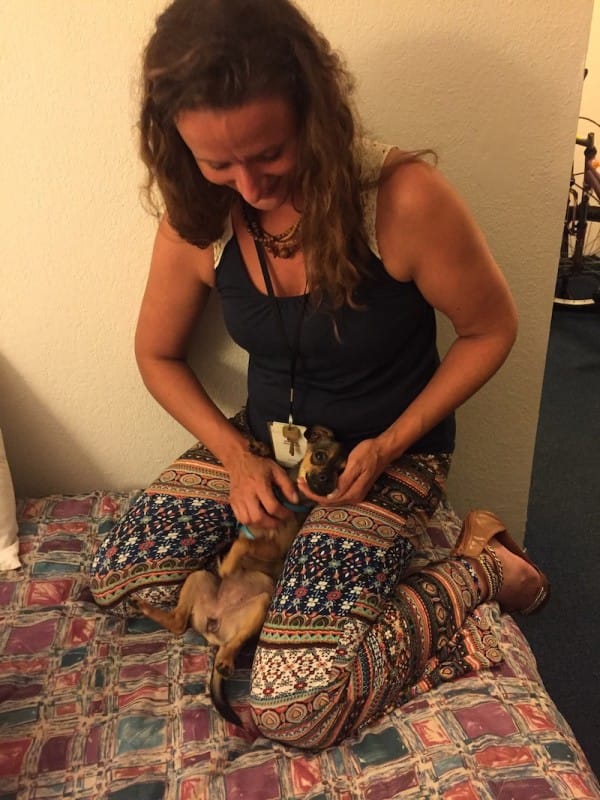 Thanks to Alicia’s help, Steve and his dogs are not just getting a free ride to Indiana but also received medical assistance. The dogs were neutered and spayed. Food was also provided not just for the dogs but for Steve as well. 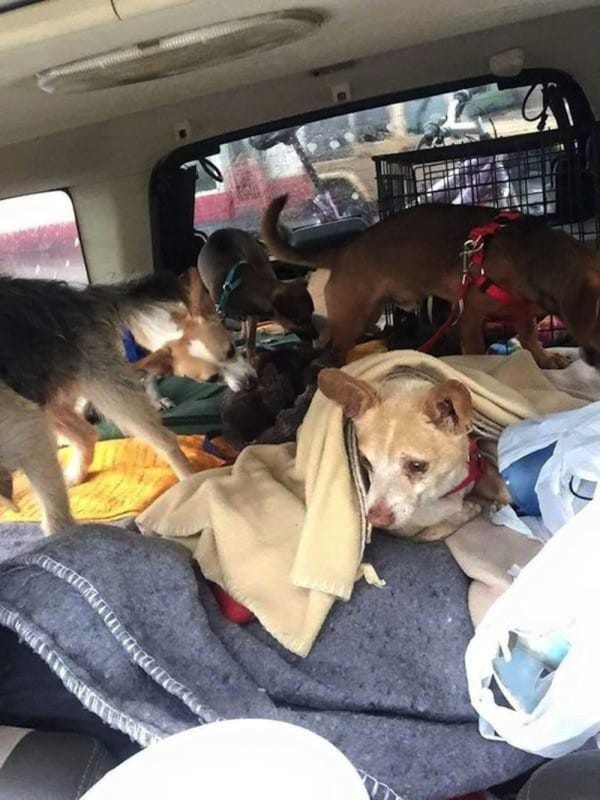 To ensure that Steve and his dogs will never be homeless again, kind strangers got him a new trailer. Indeed, this is great news for the old man because he can stay safe in the trailer and have a home where he could spend more time with his beloved dogs.