One hiker in Oregon was just walking his dog deep in the woods last November 28 when he chanced upon the wreckage of a Porsche which was upside down and wedged against a tree close to the bottom of a steep embankment.

The hiker immediately called the cops.

Upon investigation, it was discovered that the vehicle was the 1979 Porsche 924 stolen from a movie park nearly 27 years ago – on January 20, 1991 in Medford, Oregon. According to the cops, the wreckage appears to have been around for a long time, with the registration tags having expired in 1991 and the car covered with heavy forest debris. 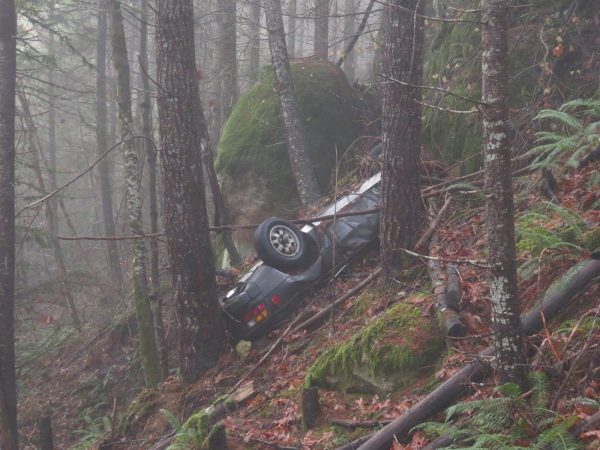 There were skeletal remains beside the vehicle but close inspection revealed these were not human bones but those of a deer. The identity of the thief remains unknown and his/her whereabouts also remain a mystery.

What’s for sure is that whoever stole this vehicle did not die in the accident as there was no evidence of human remains in or near the vehicle. Of course, there is a possibility that the thief immediately got away from the vehicle and could have died somewhere in the thick forest but the cops are having a difficult time scouring the area for human remains as the spot was dense and in a steep embankment.

The vehicle’s position amid the trees and at the base of the cliff made it virtually impossible to be spotted from the road above. This could be the main reason why it took so long for it to be discovered. 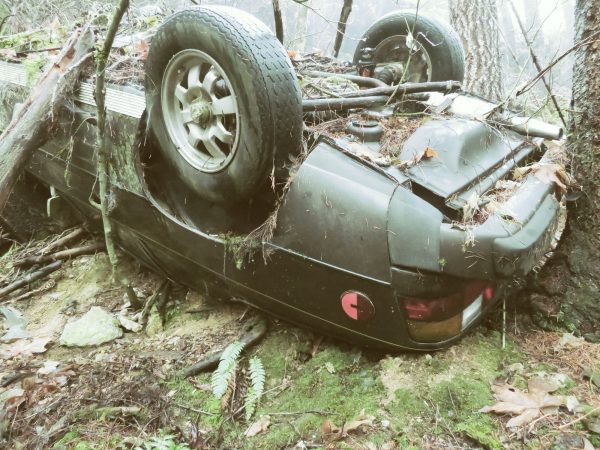 Cops are now facing the added burden of removing the vehicle from its current location, citing environmental concerns and the difficult terrain as reasons for the challenging retrieval.

They are also trying to put the pieces of the puzzle together, in hopes of finally solving the decades-long mystery. Who really stole the car and what happened to him/her? We might soon find out or it could remain a mystery…