Have you ever thought you were too old to start learning a new skill? While most people think that we need to be really young to learn a new skill, a young lady from Norway known as Violin Noobie started learning the violin as an adult.

Violin Noobie did not let her age hold her back from exploring and branching out in life. It didn’t also stop her from discovering her hidden talent. 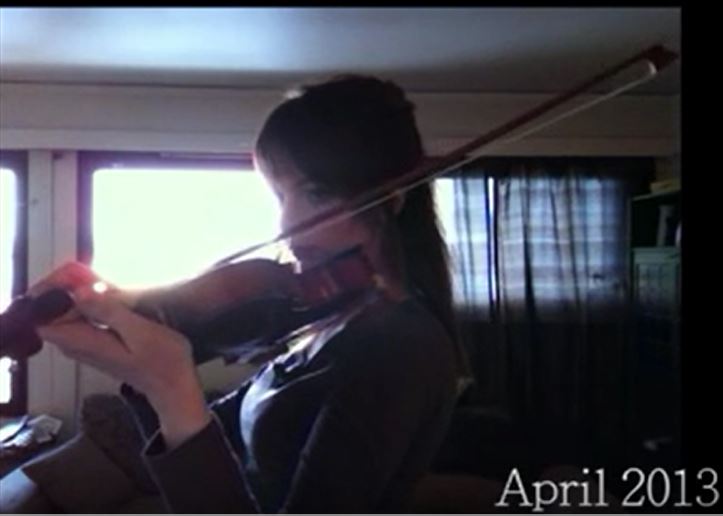 It all started with the desire to learn the violin. She started learning the instrument by herself watching YouTube videos. After 5 months of learning on her own, she hired an instructor but only had 8 lessons. She, then, set aside the next two and half years researching, reading and making her own lesson plan. She was determined to succeed even on her own. She also documented her progress each week by compiling video clips.

Violin Noobie had difficulty at first, as what beginners usually experience. Her skill grew because of her perseverance with each practice. The first piece she played was “Happy Birthday”. But, with progress, she plunges her bow into pop culture with tunes like the Lord of the Rings medley, the familiar jingle from Mario Brothers’ game and the Pirates of the Caribbean.

Violin Noobie has significantly developed her skill in playing the violin as seen at the end of the video. Now, at 24, after over a couple of years, she has even substituted her old wooden version of her violin with a flashy new electric one! She also says she will get a teacher again.

Although stringed instruments were first recorded in Europe during the Medieval Ages, the first violin was produced in Italy in the 16th century. It’s shape has evolved over a period of 400 years, mostly because of the influence of the four prominent families of instrument makers, according to a study.

Just recently, news about a $ 2.6 million worth violin that was left on a train in Germany by an American violinist went viral. Fortunately, the violinist was able to realize her error and alerted the authorities. The police was able to recover the expensive violin from the last section of the carriage one minute before the train was due to turn back.