Can you imagine an old person over the age of 80 competing on American Ninja Warrior? Certainly not! But one guy proved it can be done – or is that really the case?

‘American Ninja Warrior’ is a competition series aired on NBC, with contestants going through sets of difficult obstacle courses that many fail to complete. The show has high ratings and has a huge following among viewers who get excited over the challenging things the contestants have to do to complete the course without falling in the water.

Seeing that this is a very physical competition, only the fittest and most competitive people could complete the course – and many who fall in that category have also failed due to miscalculation, wrong moves, or pure bad luck.

So, what happened to the old man?

His name is Arthur Hickenlooper, an 81-year-old retired postal worker from Denver, Colorado. He might be old and looked like he couldn’t even run a few steps without collapsing but he finished the course with just a few problems.

There were times when he had to stop and take a breath but he managed to recover and have enough energy to get him through another challenge. It is really impossible for a man his age to complete this rigorous competition when tons of men a quarter his age have failed. 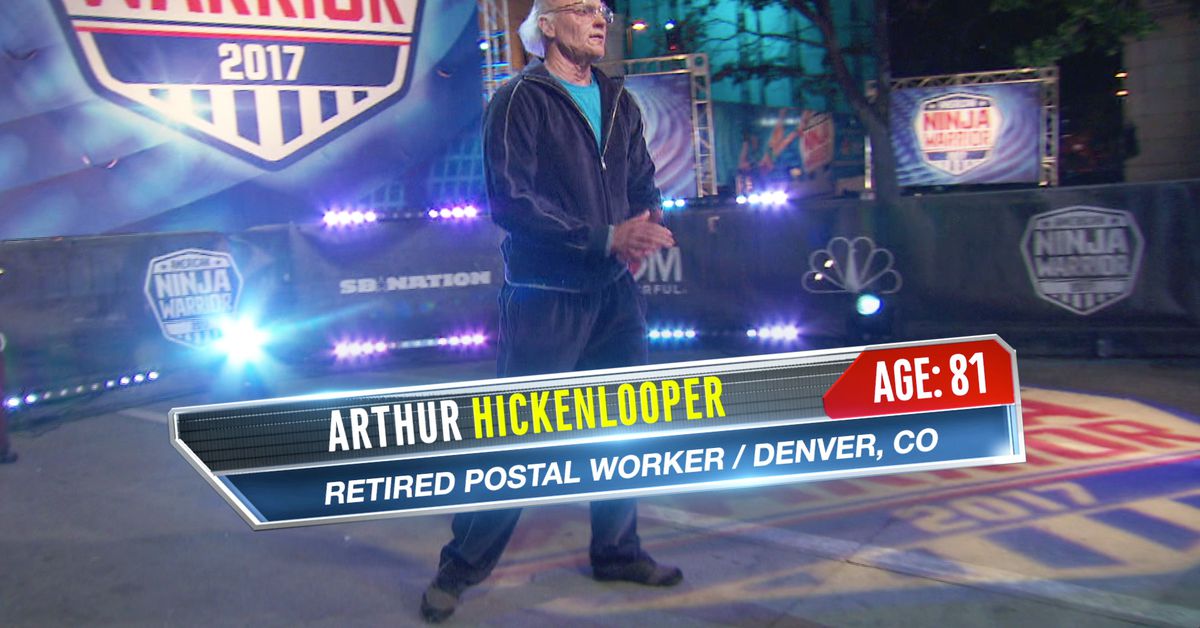 So, how did he do it? Well, really, is that he isn’t an old man at all! This is part of an elaborate joke featuring American Ninja Warrior legend Brent Steffensen. ‘Arthur Hickenlooper’ doesn’t really exist – and his surname was just lifted from John Hickenlooper, the governor of Colorado who was actually present at the taping of that particular episode.

Still, it was impressive to watch this video even if you knew the ‘old’ man there was really a legend in this competition.

Just in case you wondered who his ‘wife’ is, she is actually the mother of host Matt Iseman; she appeared in another joke video on the show this season where she supposedly completed the course dressed as a NASCAR driver.

Check out that clip here: