An overseas Filipino worker (OFW) was forced to become a beggar in Riyadh, Saudi Arabia as he seeks help in going back home after his employers threw him out of the house when he refused to extend his stay.

After his 2-year contract as driver ended in Saudi Arabia, Isidro P. Lacupanto was excited to go back home to the Philippines but his employers refused to let him go, asking instead that he extend for at least one more year before leaving the family.

But he was too tired of the work he does at this particular household as there were many times when he arrives at the house at 3AM but has to get up at 6AM to take his employers to work or their kids to school. 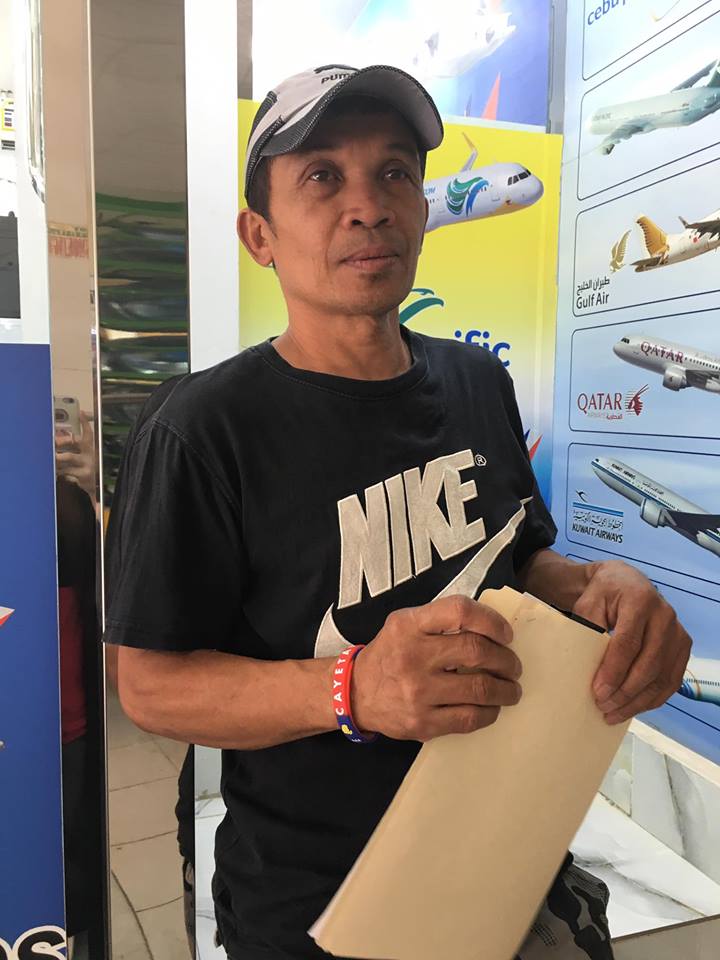 When he refused to extend for another year, his employers told him to just give them a month extension so they can buy his ticket for home.

He accepted the deal, even if that meant he didn’t have wages for one month as long as he could return to the Philippines but even before the month ended, he was suddenly picked up by the cops and jailed for 21 days.

When he got out of jail, he immediately went to the Philippine Overseas Labor Office (POLO) for assistance but after seeing so many OFWs there, also waiting for their turn to get help, he decided to take matters in his own hands by asking for alms at a mall in Riyadh. 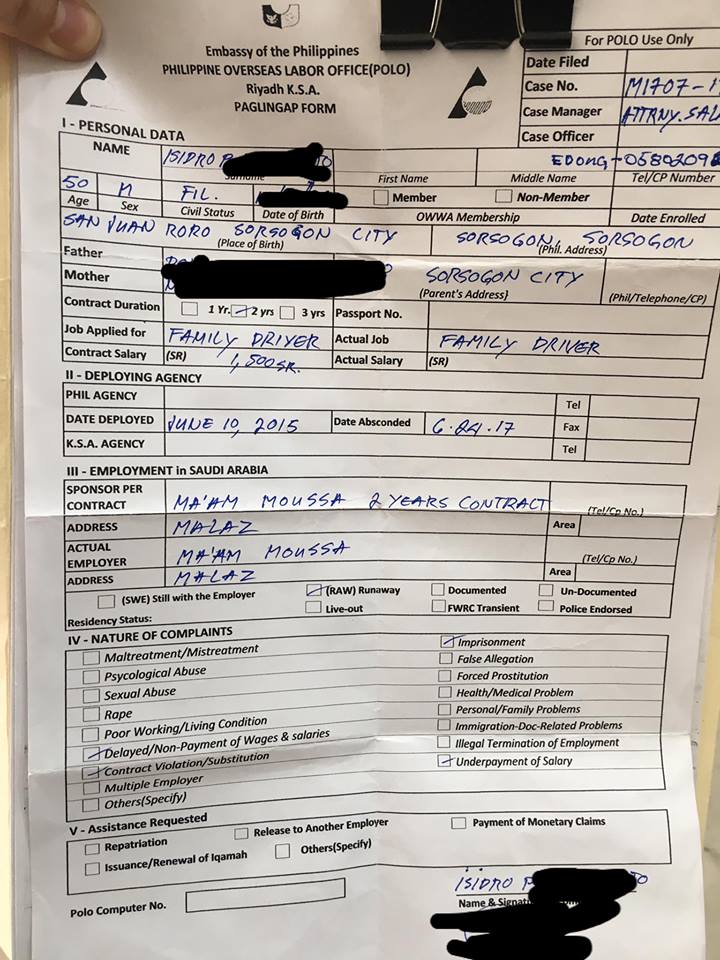 His plight was noticed by netizen Azumi Chan who shared his story and photos on Facebook. While there are also lots of other OFWs waiting for help to get back home, we home Kuya Isidro will find the help he needed and that he won’t be jailed again for what he’s doing now…