ILOILO, Philippines – A foot bridge connecting the villages of Loboc and Mansaya in Iloilo City, central Philippines, collapsed and is no longer passable. But while it was understandable that an old, temporary structure which was constructed in 2009 and finished in 2010 might collapse after 6 years, the City Mayor believes it was because someone had pocketed the funds needed to build that bridge.

In a post on Facebook, Iloilo City mayor Jed Patrick E. Mabilog claims that the congressman responsible for building the bridge spent Php1 million on the structure!

Mayor Mabilog did not mention any names but staunchly made a promise to his constituents (on Facebook) that he will have the temporary bridge replaced with another temporary one made of bamboo but he will ensure that a sturdy bridge much better and certainly much lovelier than the collapsed one will be built.

With no budget for the structure this year, the mayor assured the people that he will surely have a bamboo bridge built there as soon as possible so that his constituents will no longer have to worry about crossing towards the other village.

By 2017, however, Mayor Mabilog believes that his government will already have ample funds and will be able to begin construction of the bridge. 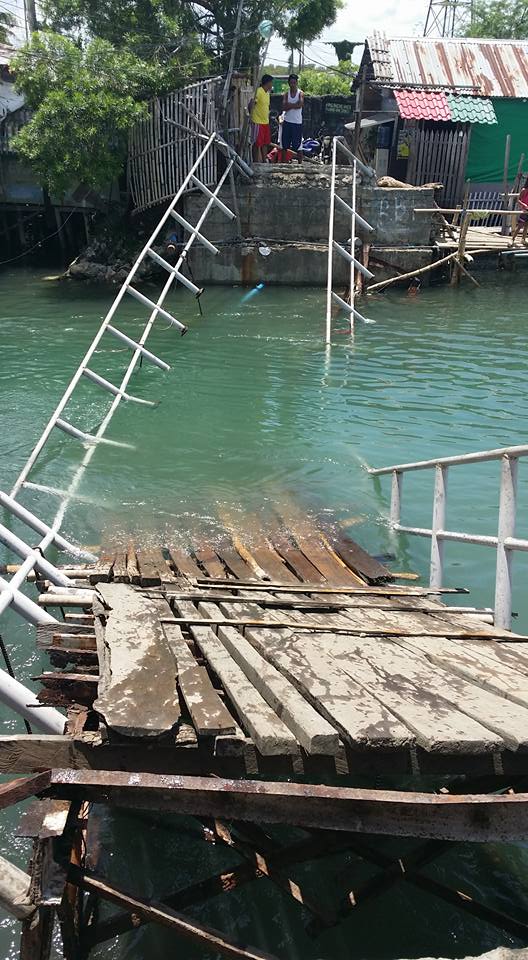 Most of the netizens who commented on the post appear to be loyal constituents of the city or its neighboring towns but there were also those who bashed the mayor for finger-pointing at the congressman when he could have done something for these villagers, especially since he has been the city mayor since 2010.

Still, if this project was really built with Php1 million, then someone should really be held accountable because most certainly, this structure is NOT worth Php1 million!