A doctor from a famous hospital in the Philippines reportedly denied the admission of a pregnant woman in critical condition.

Andrew Pelayo recounted the horrifying experience his family had after an ob-gyne at the University of Sto. Tomas (UST) hospital in Manila, identified as Dr. Ana Liezl Sahagun, allegedly refused to admit his pregnant wife in labor due to lack of money. Despite the wife’s critical condition, Dr. Sahagun reportedly advised Pelayo to bring her to another hospital after learning that he only had P6,000 cash.

(Sir, why did you come back? I already told you that you are not capable of paying the hospital bill. Bring her to East Avenue, she’ll still make it.)

Pelayo’s wife immediately underwent caesarean section after being brought to East Avenue hospital. Sadly, the operation was not able to save the life of their baby.

Moreover, Pelayo was informed by one of the doctors at East Avenue hospital that his wife barely escaped death.

Check out the full story below. 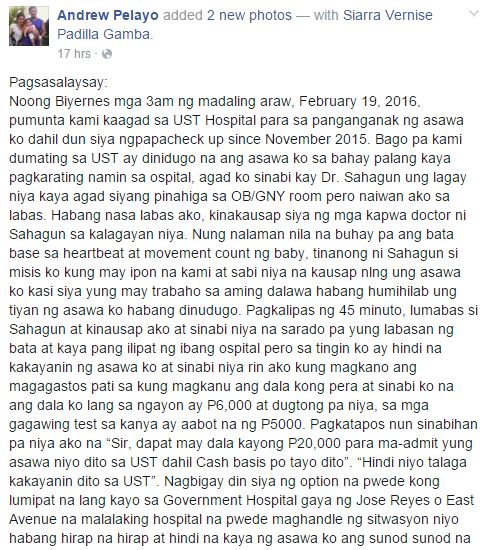 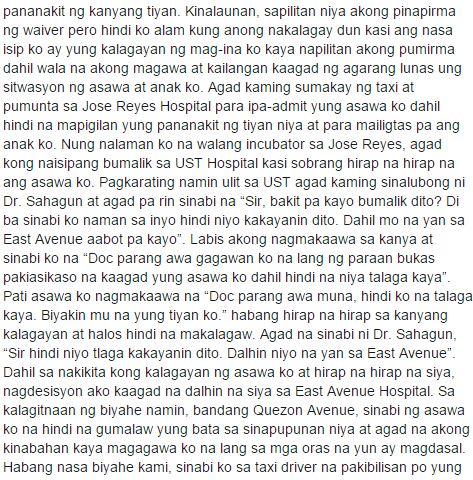 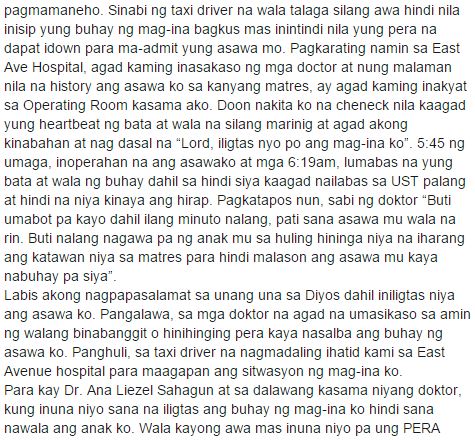 What is an ob-gyne?

A physician specialist who provides medical and surgical care to women and has specific expertise in pregnancy, childbirth or disorders of the reproductive system is called an ob-gyne or an obstetrician/gynecologist, according to Health Communities.