In Lebanon, a 12-year-old bride was photographed looking solemn while being married in a seaside wedding to a man who looks 5 times her age.

Snapshots of the wedding sparked anger across the world, with thousands of people condemning the practice of child marriage yet it turned out this was not a real marriage and the two were actually hired actors!

A number of onlookers actually had the nerve to get close to the ‘couple’ and say their piece against the man; thankfully, the ending was good in this occasion because no real child bride got tied into a marriage that her family must have surely arranged for money. 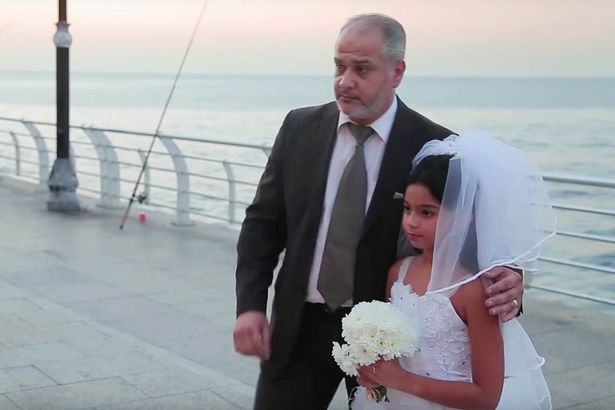 This does not hold true in many cases of child marriages, however; in fact, it is estimated that there are 37,000 child marriages held every day! Because of this, campaign group KAFA (meaning “enough” in Arabic) created the video in hopes of raising awareness against the practice.

Indeed, this campaign was successful in gaining international attention but much still needs to be done before this practice will stop since this is not only happening in Lebanon but also in other countries like Iran, Iraq, Syria, and India.

While it is horrifying to note that there are child brides as young as 12 years old being forced to get married to (mostly) old people in countries like Lebanon, you might be surprised to learn that the minimum age for marriage or marital consent is actually non-existent in California! This means that anyone who wants to get married can do so in this US state no matter how young they are all – as long as they have parental consent and have the approval of a superior court judge.

Of course, one could easily argue that such marriages are different from the forced unions of child brides in Lebanon, Syria, and other countries. 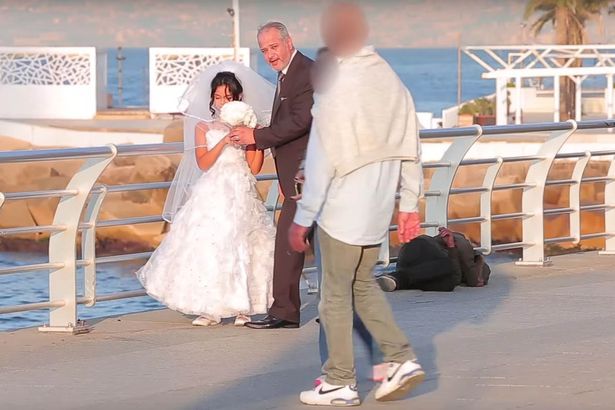 But did you know that the legal age for marriage in Syria is actually 17 for girls and 18 for boys? However, religious leaders have the authority to marry anyone over the age of 13; so, the legal rule is actually quite arbitrary.