Tinyia Frank loves shoes and enjoys shopping for a new pair to match her outfits. While she wasn’t born rich, she works hard at a bar to earn money so she could buy the things she wanted.

One day, while shopping for the perfect pair to match the pants she bought at another outlet in a mall in Warren, Ohio, she overheard a young boy ask the salesperson at Champs whether they had anything worth $75 because that was the only money he had.

The boy explained that he was in town as part of a traveling basketball team and needed a new pair of shoes but was told that the store doesn’t have stocks for anything close to $75.

“He asked the man if they had any basketball shoes that are under $75, because that’s all that he had. He kind of put his head down and looked disappointed to say it, not like he was saying it disrespectfully or anything, just kind of sad because that’s all he had,” Tinyia recalled.

But Tinyia’s interest was piqued by this young boy, especially because she feels that their town has given up on the youth. She feels that 5th grader named Jordan deserves to have the shoes he wants and needs – even if that meant paying for it with her hard-earned money. 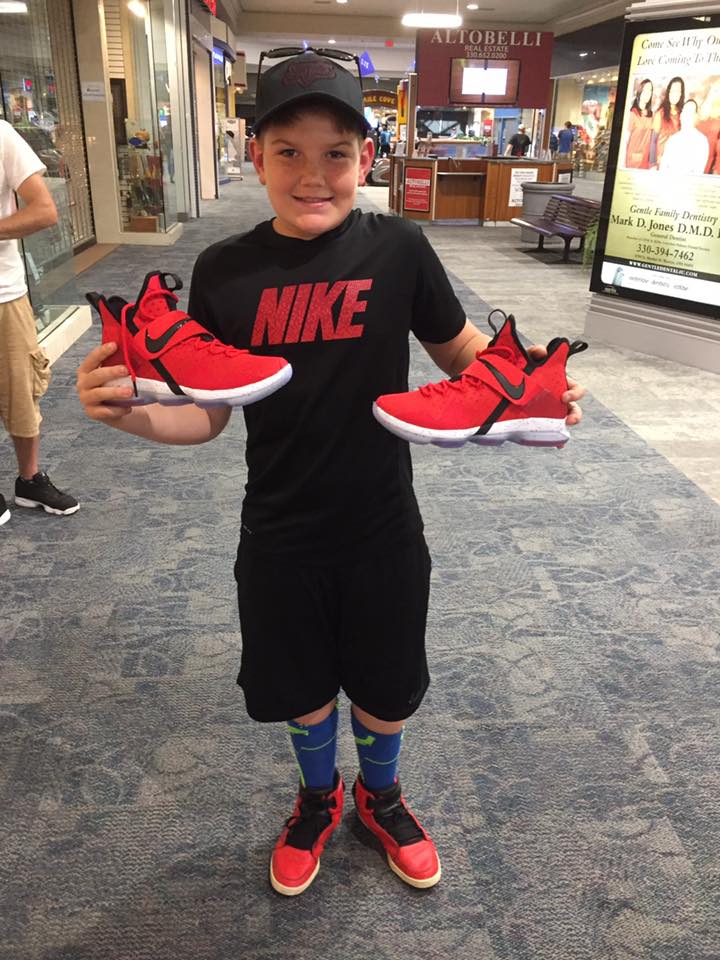 “So when he told me that he was on the traveling team and couldn’t afford the shoes that he wanted, I couldn’t do nothing but feel bad because the way that I was raised: If you got it, you give it to people,” she explained.

For Tinyia, this boy is special – and he deserved the shoes he wanted. So, she let him pick whatever pair he wanted, with just one condition to ask: that he send her a photo of him wearing the shoes on his first game.

“If I was going to get him some shoes, I wanted him to get what he liked. Money is just money. Not to say it’s not important. I work a lot for my money. I’d rather go without getting my 15th pair of shoes and give it to a little boy who clearly only had one,” she added.

Jordan knew exactly what to pick: a pair of red LeBrons that he also plans to wear to an upcoming school dance. Tinyia readily paid the $180 bill for the shoes; though Jordan’s father and the store owner insisted that she take a photo with Jordan.

She posted the photo on Facebook where it went viral, getting 50,000 likes in a few minutes! 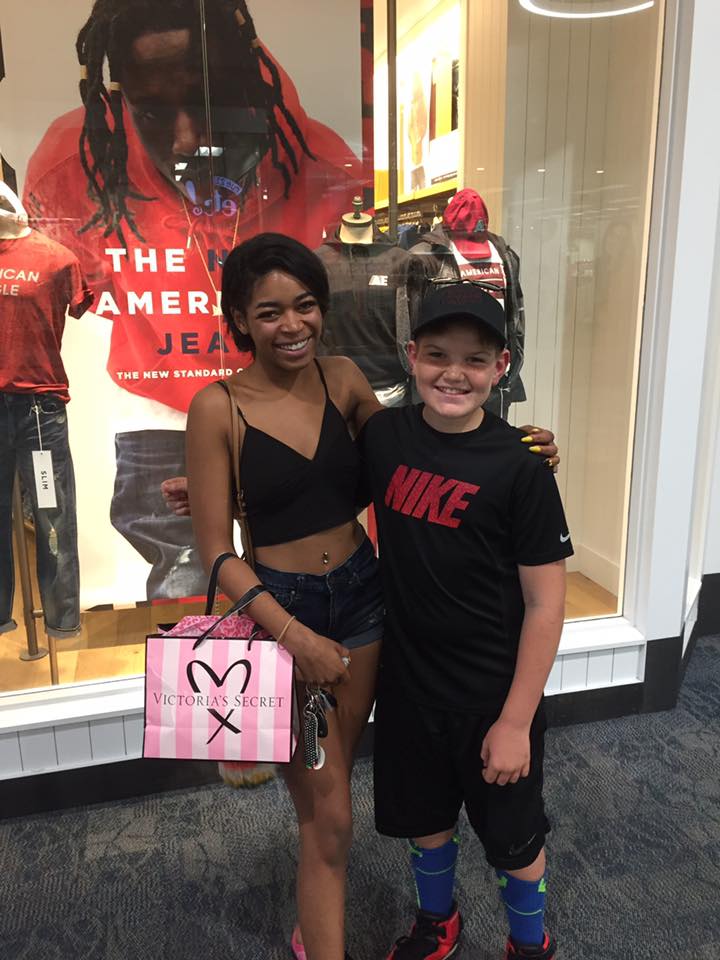 Tinyia was surprised that her ‘small’ act of kindness could mean so much to a lot of people.

“Take what you see and learn from it sometimes things that seem so small to you can change someone else’s world,” she advised.