While many kids sleep in and have fun during weekends with their families, possibly heading off to some exciting vacation for a weekend getaway or hanging out in the mall, there are also plenty who have to work even at their young age so they could support their families.

In a post that has gone viral on Facebook page, Trending News Portal, a young lad could be seen riding in an almost empty jeep, somewhere in San Fernando City, La Union in Northern Philippines. According to the post, a social media user noticed the boy bringing his plastic basket and munching on a corn cob by himself.

This netizen asked the boy why he was alone in the city and learned that this boy sells corn in the city after a week of diligently going to school. According to the boy, he lives in the nearby town of Bauang and would sell corn during Saturdays so he could have money for school. 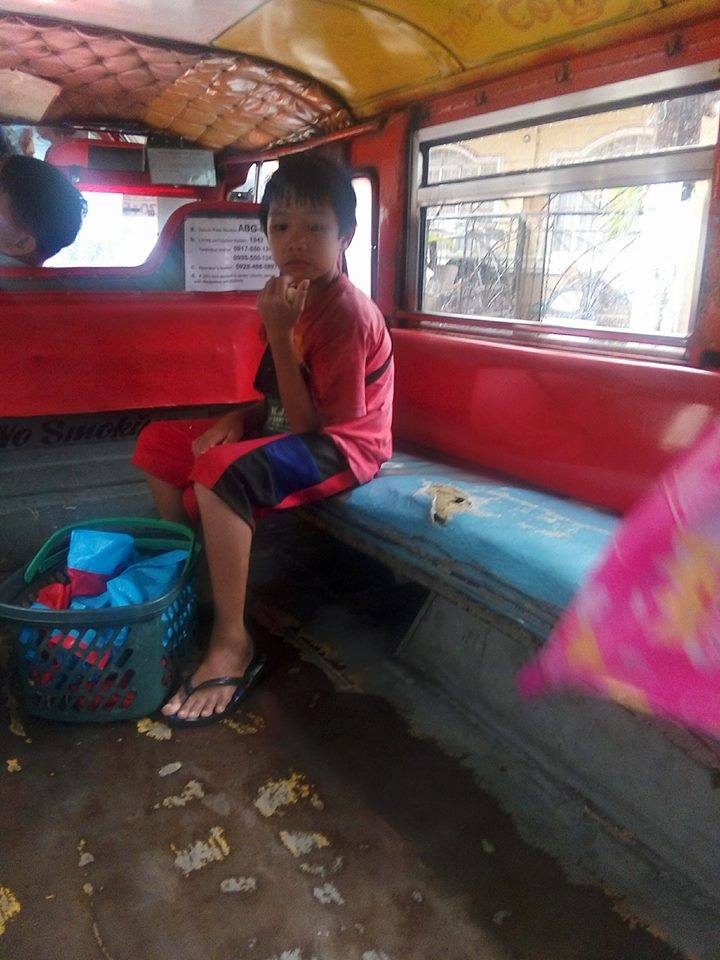 The boy, whose name is J-Ar, said that his mom is left at home to care for his younger siblings. He is second of five children, and is in third grade.

Touched by the boy’s plight, this unnamed netizen wished to give the child some money but only having Php50 in the wallet, only managed to pay for the boy’s fare.

This netizen mused how it was nice to think that there exist kids like this young lad who do their best in their studies and also help their parents earn money while there are those who are lazy at school and would often just go out with friends to have fun.

Good luck to you, J-Ar! We hope you will stay hardworking but we also hope someone could help you have a brighter future…

What is a PUJ?

A PUJ is a public utility jeep in the Philippines. It can seat over 20 people — and some people even climb up and sit/stand on the jeep’s sides and top, a common occurrence in rural areas of the country. 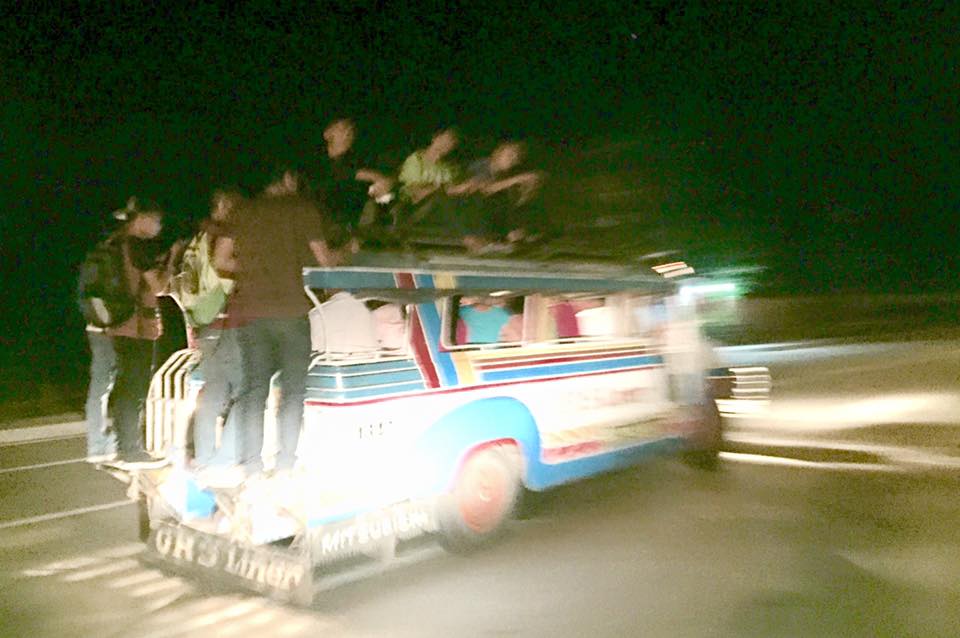