In the Philippines, there are actually tens of thousands of students who don’t go to school because of poverty. While public schools are supposedly free, many parents still could not afford to buy uniforms, shoes, and school supplies for their children; many can’t also afford to give them ‘baon’ (allowance) for fare and food.

Nueva Ecija is among the provinces in the country with the highest poverty incidences. Data from the 2015 survey of the Philippine Statistics Authority showed that most Nueva Ecijans are only high school graduates, followed by elementary. Not too many have graduated from college, even in vocational courses. 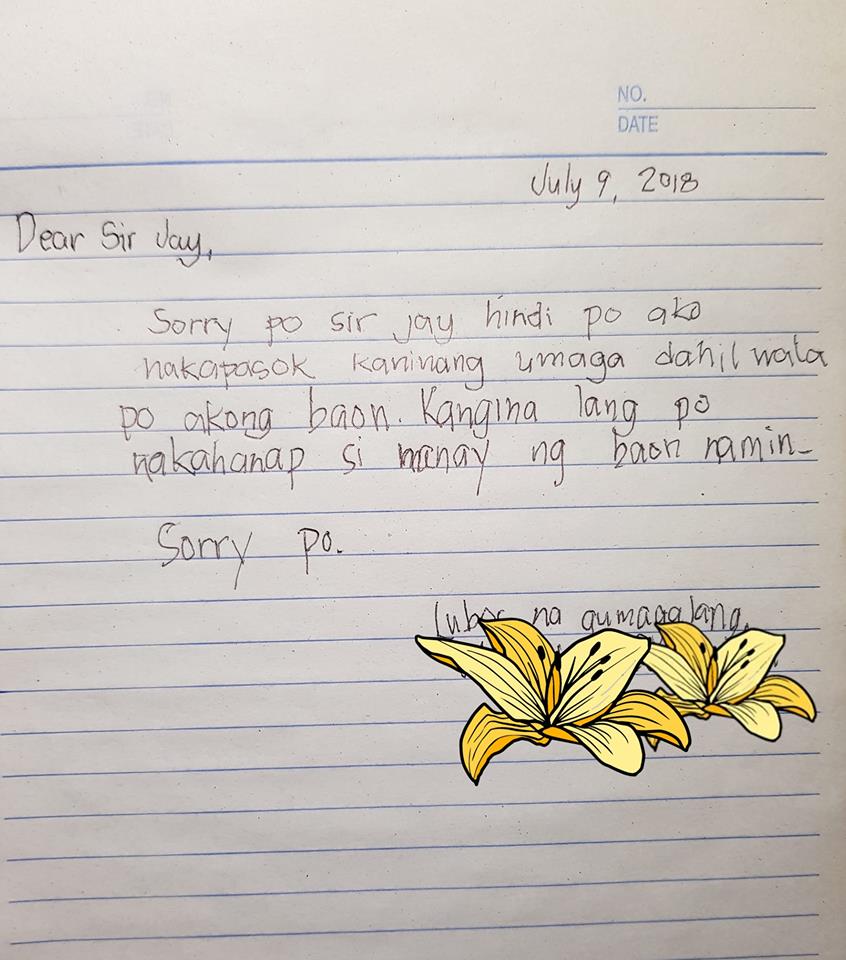 According to the teacher, the student was from his advisory class. He knew the student was absent because advisers usually handle the first period and this student was not there. After lunch, though, he met the student who shyly went to him and handed him a note.

His heart broke. He shared the heartbreaking note on Facebook and it would soon go viral. Many netizens felt sad that this kid had to be absent because he/she did not have baon. Perhaps the student had to catch a ride to school, so a baon is important.

After the post went viral, several people sent help to the student. 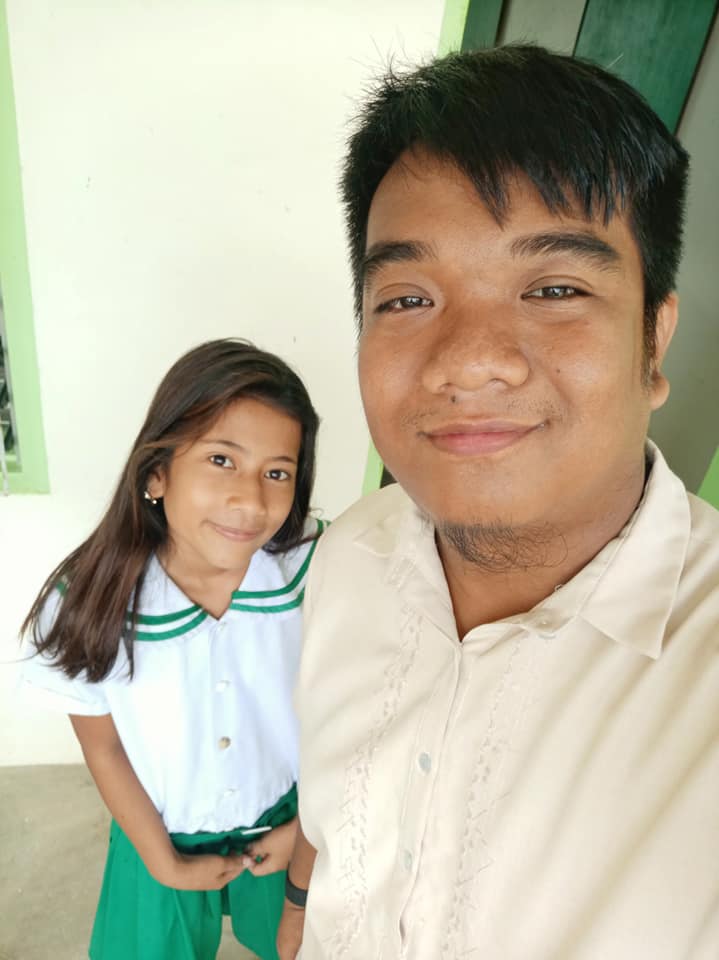 Days after he made the first post, Sir Jay finally shared the student’s photo and identity to thank those who sent donations so she never has to go absent for lack of baon again.

Teacher Jay and the student, Marinel, thank the donors because she can now go to school every day. Thanks to the kind-hearted donors! God bless you all!