Are we really alone in the universe? Is there really reasonable to believe there is really life out there aside from us humans?

If you will watch the video below, then you just might have an answer to both questions.

Recently, Mirror shared a footage from a NASA live feed which was uploaded on YouTube. This feed is from the International Space Station. It was abruptly cut right at the moment when 3 mysetrious UFOs were seen flying away from Earth.

The video may be a bit blurry but if you will look close enough, you will definitely see that there the 3 alleged spacecrafts leaving the planet. 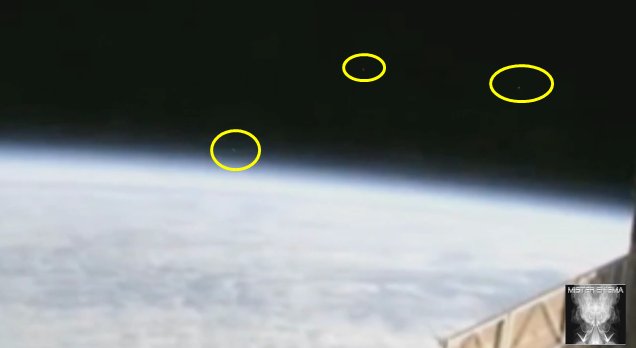 “Please stand by. The High Definition Earth Viewing experiment is either switching cameras, or we are experiencing a temporary loss of signal with the International Space Station.”

The video has only been on YouTube since last week but has already garnered more than 400,000 views from users the world over.

Naturally, it earned a lot of online reaction. Some dismissed the footage as being doctored while others believe see it as a sign that NASA is really hiding something from the public.

One of the comments read  “I just adore how (NASA) cut the feed off, they make it so obvious they know what’s going on too.”

Whether NASA speaks up on the subject or not, we’re sure footages like this will continue to spread over the web and more people will be suspicious about their organization.

What do you think about this video? Are those really UFOs or just some video editing magic? Leave a comment below and tell us about it.