On October 1, 2016, a large and beautiful halo ring cloud formed over Jerusalem, one of the oldest cities in the world – and people are claiming that this is the sign of the end of times or some other prophetic sign!

What makes this halo cloud even more mysterious and amazing is that according to one footage posted on YouTube, the sound of trumpets could be heard seemingly from the distance – and the sound brings to mind the trumpets supposedly sounded by angels up in the heavens.

Could this mean that Jerusalem was given another glimpse of heaven? 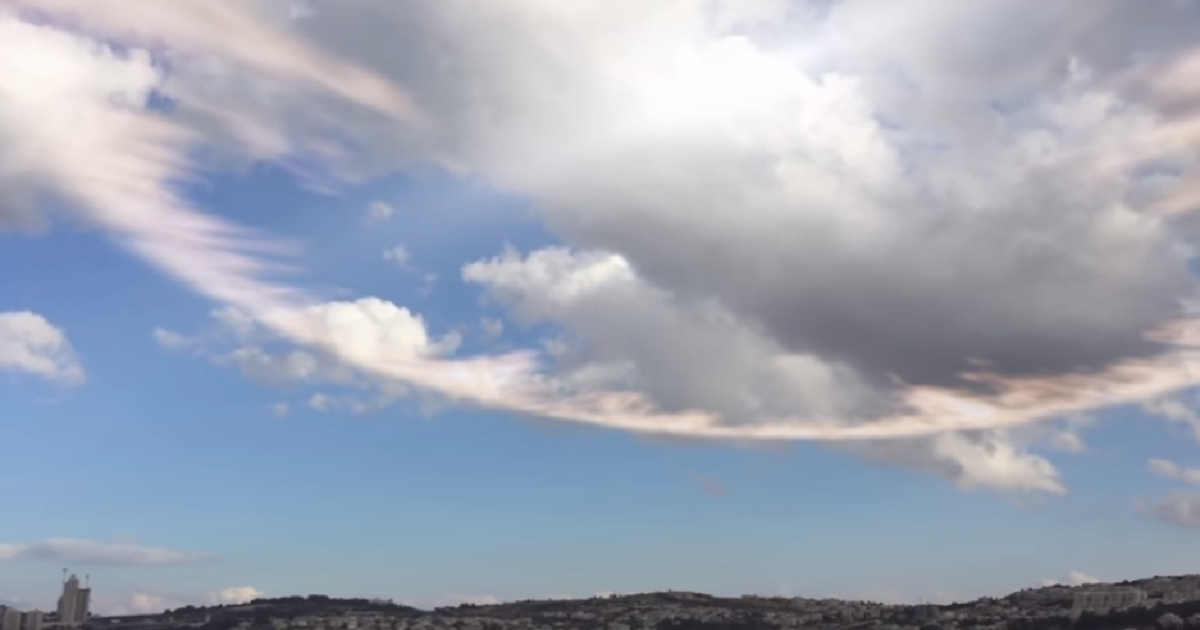 Of course, the mystery was never solved because no angels appeared in sight, nothing amazingly miraculous appeared on the ground or in some place nearby, and the cloud eventually dissipated.

But the appearance of the halo ring cloud did bring another aura of mystery to the city which traces its roots back in the olden times, the times when Jesus walked on Earth and even way before that!

If you believe in what is written in the Bible, then you might also believe that the appearance of the cloud was a prophetic sign of sorts – and we just don’t know the meaning of it yet.

Some people commented on the videos that this could mean that God had sounded the ‘first trumpet’.

What Happens When the ‘First Trumpet’ Sounds?

According to the Bible passage, “Upon the first trumpet sound, hail and fire, mixed with blood, is thrown to the Earth burning up a third of the trees on the planet, and all green grass.” Could this mean some sort of scary and massive rain of hail and fire will soon come and burn a third of the trees and all the green grass? That sounds really creepy!

Of course, it could be highly likely that the footage was just another internet fake and was edited to include the trumpet sounds and the whole ‘heavenly’ effect.