Harsha Chawda, Mumbai, India’s first test-tube baby, gave birth to a healthy baby boy last March 7, 2016. Chawda, who is now 29, hopes that she can provide all the happiness to her son, just like what her parents did for her.

I remember the day Harsha was born. Her parents were on top of the world and so were we. Today, Harsha can feel that. She delivered a healthy baby weighing 3.18 kilos. It is hard to believe that we have delivered more than 15,000 test-tube babies since that day. 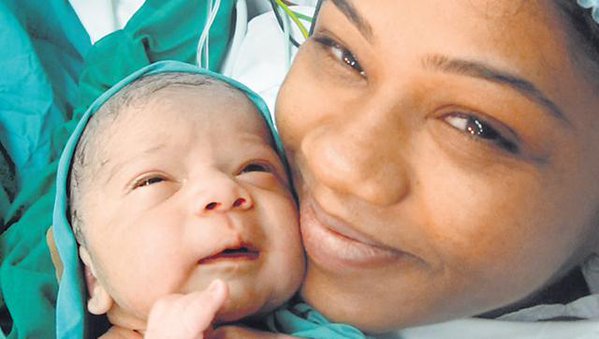 Although Chawda gave birth through caesarian operation, her son was conceived naturally.

I am God’s gift and I believe my baby is also special.

Chawda was born on August 6, 1986. She was the second Indian test-tube baby, and the first in Mumbai. Chawda went through a lot as her father passed away and she became the sole breadwinner in her family. She also had a serious disease in 2011, which forced her to leave her job in a private company.

However, in 2012, Chawda’s life took a turn as she found a new job and met her future husband, Divyapal Shah, a financial advisor from Matunga. They eventually got married after three years of dating.

Kanupriya Agarwal alias Durga, who was born in 1978, was the first test-tube baby of India. However, it was only in 2005, that she was officially recognized as the first Indian IVF baby, 27 years after Dr Subhas Mukhopadhyay, who did the procedure, committed suicide. Dr Mukhopadhyay’s claim was not accepted by his colleagues and international scientist community at that time. He was also prevented from carrying out further work on in vitro fertilization and killed himself in 1981 due to depression. His life, however, was the inspiration for the award-winning movie, the 1991 film Ek Doctor Ki Maut starring Pankaj Kapur and Shabana Azmi.

Kruti Parekh, who also claims to be India’s first test-tube baby, was also conceived through in-vitro fertilization that was performed by Dr Patrick Steptoe, the man who first developed the technique along with Dr Robert Edwards in the UK. Parekh was born through caesarian delivery in 1985 at a hospital in Kolkhata. Her claim created a controversy in India as Dr. Hinduja says that the IVF procedure did not take place in India.