Incumbent president Rodrigo Duterte is against finger-pointing – a stark contrast to what his predecessor, former Pres. Benigno Aquino III had been doing during his term when he often shifted the blame towards his own predecessor, former Pres. Gloria Macapagal Arroyo. And Duterte has proven that he’s actually quite ready to do the opposite; to give credit where credit is due – even if it meant publicly acknowledging what his predecessor had done for the country!

That is exactly what happened when, during the meeting for the National Security Council (NSC) last Wednesday, July 27, Duterte thanked Aquino for giving the Philippines its ‘ace card’ against China. 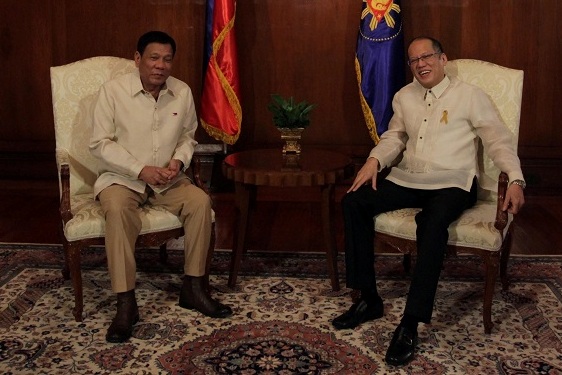 Duterte, as president, automatically chairs the NSC while all former presidents are automatic members. He had convened the council last Wednesday to seek counsel on how to proceed now that the Philippines had won the case against China before the arbitral tribunal.

Meanwhile, former President Fidel Ramos had previously been designated as Duterte’s envoy to Beijing in seeking bilateral talks with China regarding the issue; though he had instructions to “avoid confrontation” with the Chinese government.

What is the US’ stand on the West Philippine Sea dispute?

US Secretary of State John Kerry reiterated the country’s support with the Philippines. The Us also supports the bilateral talks between the disputing countries as long as “they are based on the ruling which the western power considers final and legally-binding”.