Bystanders were horrified to see a crying three-year-old boy trapped inside a BMW car after his mom refused to break the window of the vehicle to save him.

According to reports, the woman from China was waiting for a locksmith to unlock the door of the luxury car as it will be expensive to have it repaired. The incident occurred in Yiwu, Zhejiang province where the heat  was so intense. 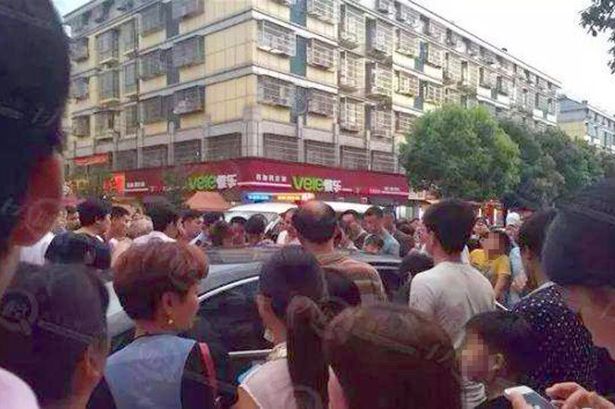 Allegedly, the poor toddler was seen clawing at the car window in an attempt to get out. However, the mother just stood beside her expensive vehicle and did nothing to rescue her son.

A group of firefighters eventually arrived at the scene and urged the woman to let them break the window. Still, the woman refused to follow their suggestions. 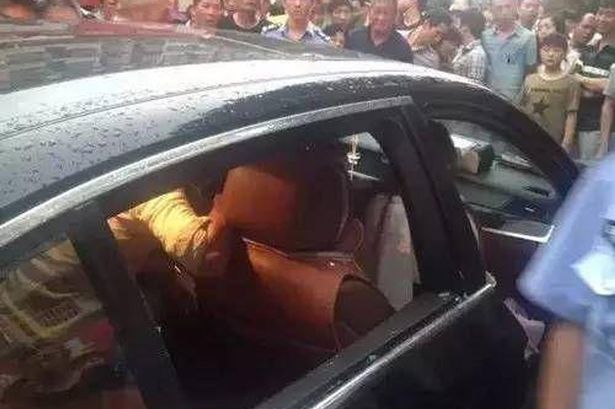 But when the child started losing consciousness, the firefighters took control of the situation and smashed the window of the BMW to save the boy.

“It is very dangerous to leave kids inside car, especially in such heat. The temperature inside the car can soar in very short time and threaten the child’s life,” a firefighter told Zhejiang Online.

While the Chinese woman chose to protect her expensive car rather than save her child, country superstar Carrie did the exact opposite.

Underwood broke down her car’s window after her 5-month-old son Isaiah was accidentally trapped inside.

The accident happened on weekend, just a day after Underwood and her husband celebrated their fifth wedding anniversary.

On Twitter, the 32-year-old singer wrote: “When your dogs manage to lock themselves, all your stuff & the baby in the car & you have to break a window to get in #WhatAreTheChances.”

Underwood and her husband Mike Fisher met in one of the singer’s concert back in 2008 and became engaged in 2009.  Their first-born child came to the world on February 27 this year.