What would you do if you discover that your partner is cheating on you? Well, many would surely throw the cheating partner out or leave him/her.

One woman in Colombia had the same dilemma; 28-year-old Sandra Milena Almeida discovered that her husband had been cheating on her. Furious over his unfaithfulness, the angry wife took their savings and decided to leave the guy.

But the cheating husband had gotten wind that she’s taking all their money; so, he told her to give it back to him or that they should just split it up. In the heat of the moment, the woman decided that her husband would have none of their hard-earned money because he was unfaithful. 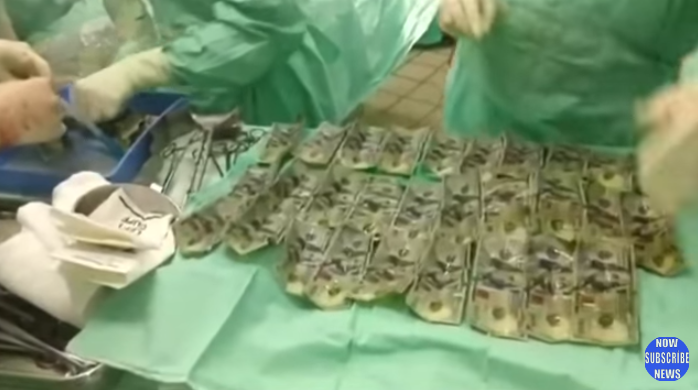 Screenshot from report by News from the World / YouTube

So, she swallowed the money! Yes, she ate up $7,000 in cold, hard cash! Ack! I can’t imagine how she did that but she managed to do it without her husband knowing. After she left her husband, she collapsed and was brought to the hospital for severe stomach pain.

Almeida didn’t tell doctors about what she did and the hospital staff first thought that she might have been a drug courier who swallowed packs of drugs after seeing small packets on the x-ray.

She was rushed to surgery and the doctors were surprised to see wads of money inside her stomach and intestines, instead. The surgeons managed to fish out 57 pieces of $100 notes that are still intact but the rest of the money have been lost to gastric fluids and could no longer be used.

To make matters worse for the woman, not only was she going to pay for the surgery, the hospital had also turned the money over to the cops; the case is now in court and it is up to the judge to decide how to split the money.

Let’s just hope the judge rules in her favor, considering that she did that out of desperation because of her husband’s cheating ways…