Mia Golosino, an 11-year-old Filipina girl who now lives in the UK, took the entrance exam at Aylesbury High grammar school but after sitting the 11-plus exam privately, she later received a letter of rejection which told her she wasn’t admitted into the school due to “over-subscription”.

Parents Jose and Mary Golosino decided to let Mia take the Mensa IQ test to help them appeal the school’s decision as Aylesbury High was the girl’s first choice. After a week of playing with Mensa apps for about 15 minutes a day, Mia was ready to take the exam.

While the family expected that she would receive great results, they were quite shocked to receive a letter from Mensa that told them Mia had an IQ of 162! This is certainly awesome news considering that renowned theoretical physicists Stephen Hawking and Albert Einstein are both believed to have an IQ of 160. 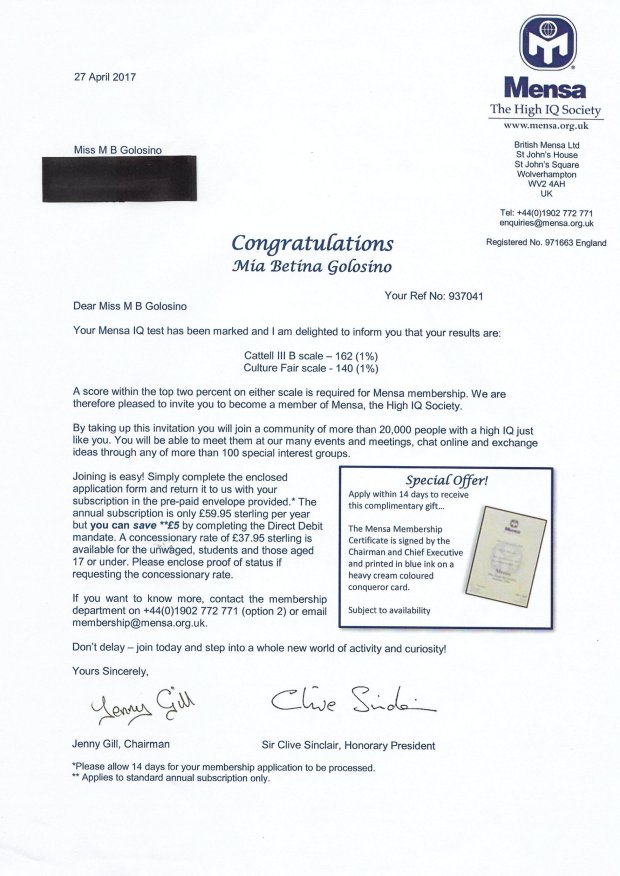 “We could not believe our eyes upon seeing the invitation letter. She just needed one of the results within top 2 per cent to become a member of British Mensa,” Jose said.

So, is the family still going to contest Aylesbury High’s ruling? Well, not anymore. Royal Latin School in Buckingham had earlier sent Mia a letter of acceptance – and she has decided she will study there instead. 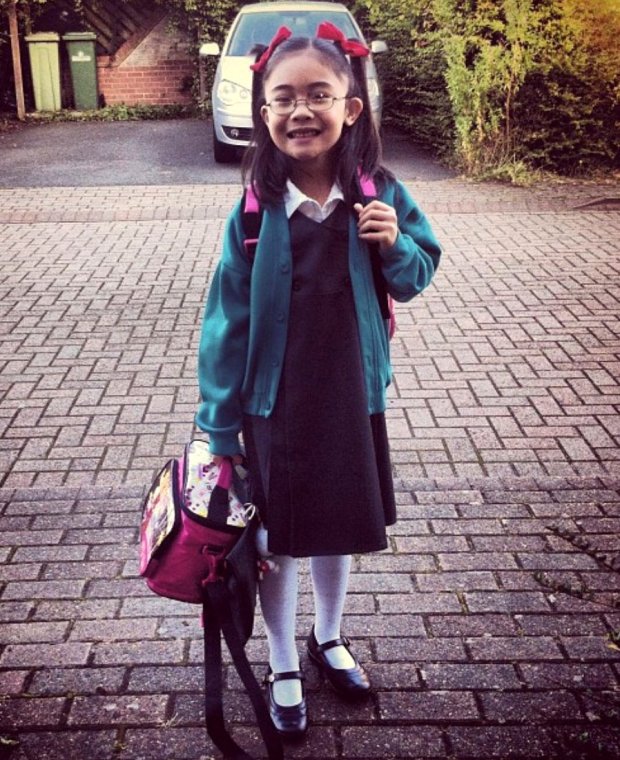 “We now think that this is the best school for her to go to,” her father said.

“We were waiting for a prospectus to arrive the day that the Mensa test results came through the post,” mom Mary added. “She really wants to go to an all girls school because she is big on girl power and didn’t want to be outsmarted by boys, but I think that this has really helped her confidence.”

An IQ test is the psychological measure of a person’s “intelligence quotient” (IQ). It is comprised of a series of standardized tests that are created in such a way that it will measure one’s intelligence level.