In 2013, doctors realized that Louie and Lucas were not just identical twins but twins who matched reflections of one another.  They are called “mirror-image twins”. This meant that the spleen, heart and liver of Lucas was on the reverse side of his body.

In mirror-image twins, some physical characteristics may be opposite.  One of the twins may be left-handed and the other may be right-handed.  They may also have near-matching fingerprints and may even have the same DNA.

This kind of twins is very rare when a single embryo divides very late.  If Lucas and Louie had separated just a day later, they would have been conjoined twins. 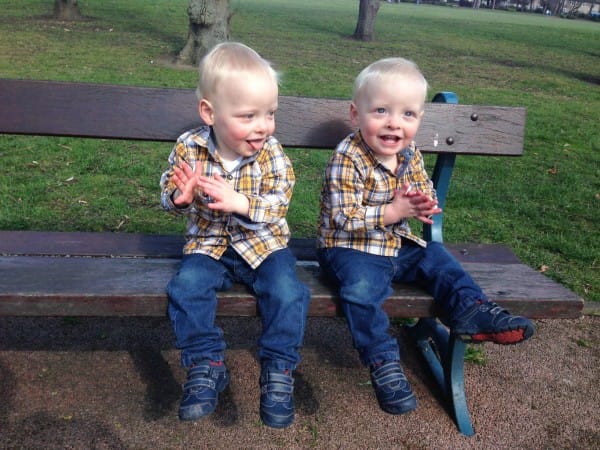 Danielle and Rachel, the parents of Louie and Lucas are just as happy as their mirror-imaged twin boys. The twins are energetic and healthy toddlers.  Danielle says that the closeness of the twins is incredible to watch.

Factors that increase the chances of having twins

According to Mother and Baby UK, the six factors that increases the chances of conceiving twins are: the mother’s family history, the mother’s dietary lifestyle (a vegetarian, low-fat diet decreases the chances of having multiples), the number of children a mother has (if a mother already has children), her maternal age (being in her 30s or 40s), where she lives (the chances are higher when the mother resides in Southeast Asia and Nigeria), and fertility treatment.