A mother in the Philippines recently went viral after bringing food and hand-feeding her son who has been playing online games non-stop at a computer shop near their home. But while some praised her for being a good mom, most reactions to the video angrily slammed the woman for raising a spoiled-brat son.

Lilybeth Marvel Garcia, 37, brought a plate of food to her son Carlito Garcia, 13, who has spent more than 24 hours just playing at the internet café near their home in Nueva Ecija, Philippines. 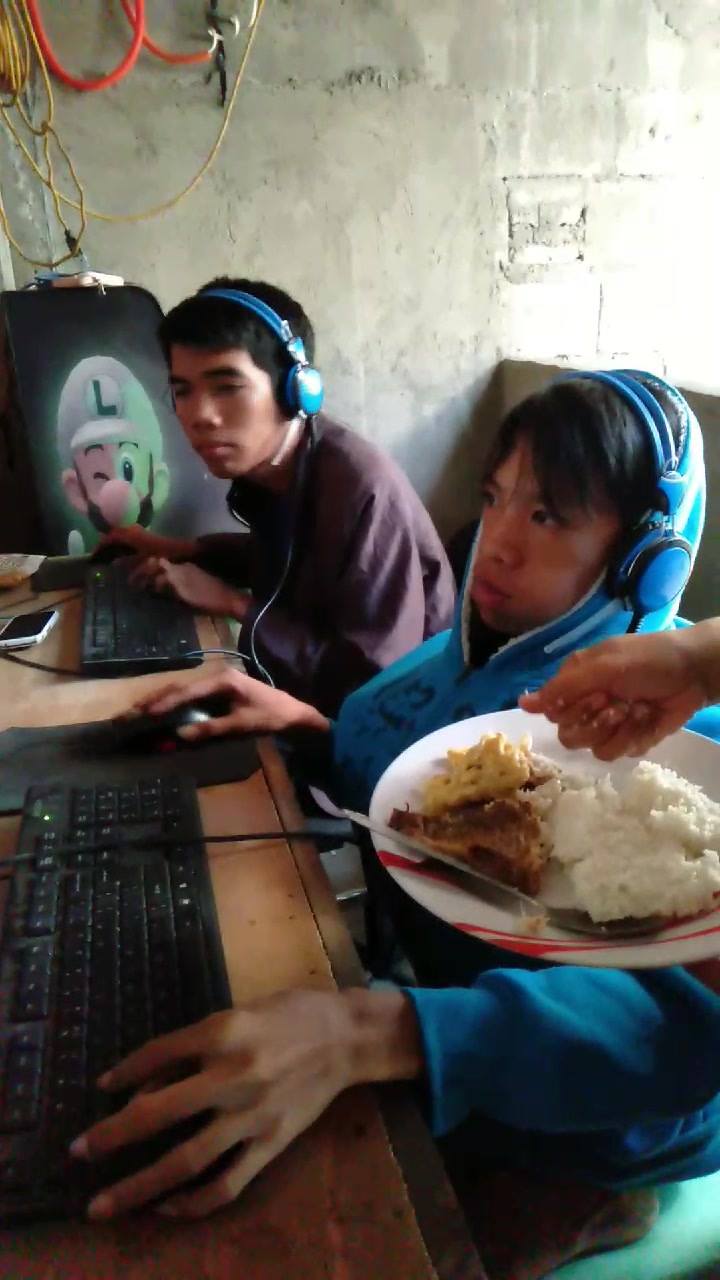 The mother had been concerned about her son who regularly spends the night at the internet café, playing online games. The kid is said to be playing “Rules of Survival”, a free-to-play, multiplayer online Battle Royale game with an estimated 150 million users across the world! 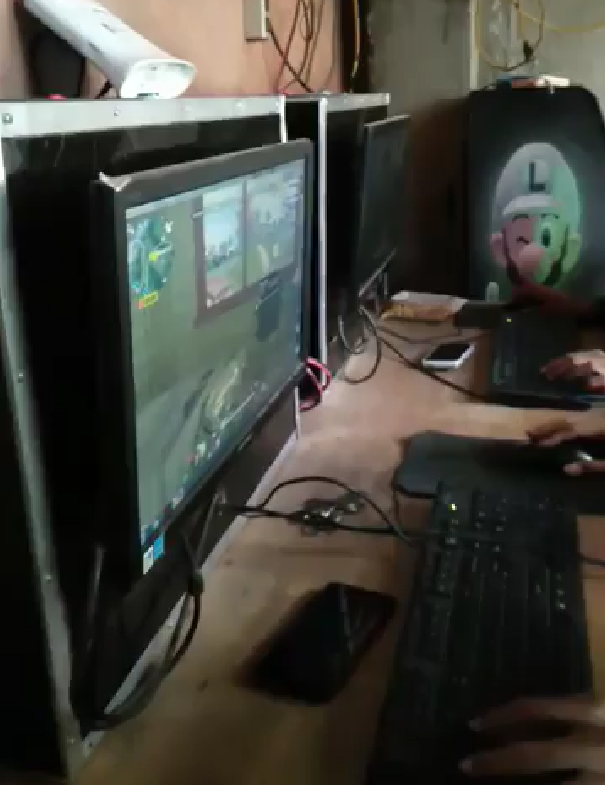 With the players battling each other for survival and ultimate supremacy, it is easy to see why this easily appeals to many gamers – most of who are boys. The goal is to win over all the other players, becoming the sole survivor.

But because you can’t just win over that many players, gamers spend days on the game – and they are tempted to continue with the game, no matter how long it takes. Of course, that’s not good for the health, especially because many of the players are so engrossed in the game that they forget or simply forgo eating and even going to the toilet. 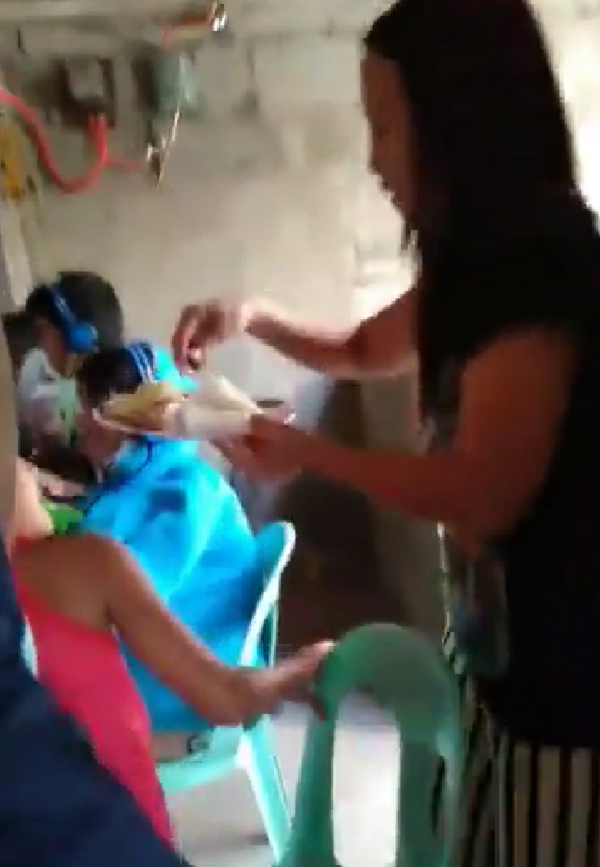 Knowing her son Carlito hadn’t been eating properly due to his online games, Lilybeth took a plate of food to the internet shop and hand-feeds him there. 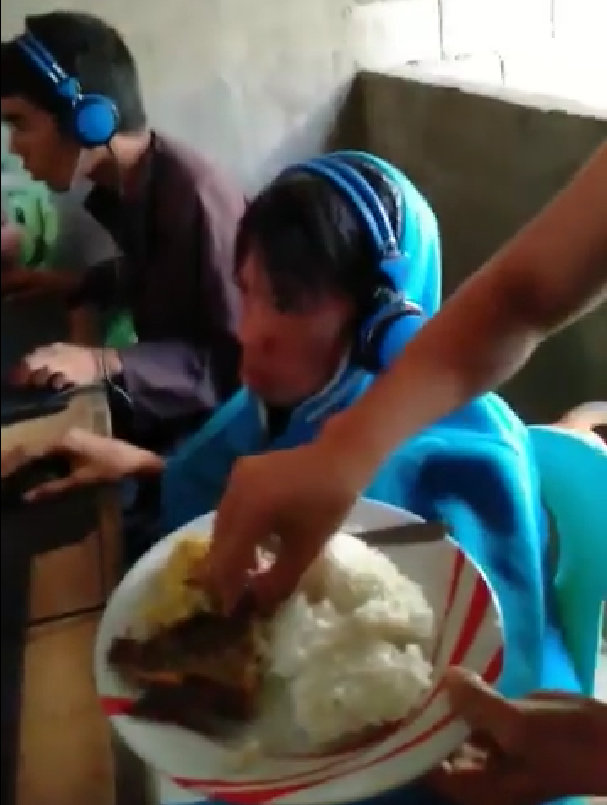 Some of the other players jumped out of their seat in fear of what she might do, and her son also had a similar reaction, but this mom just proceeded to hand-feed her son. She calmly told him that she was worried he might not be eating well and might only go home the following day. 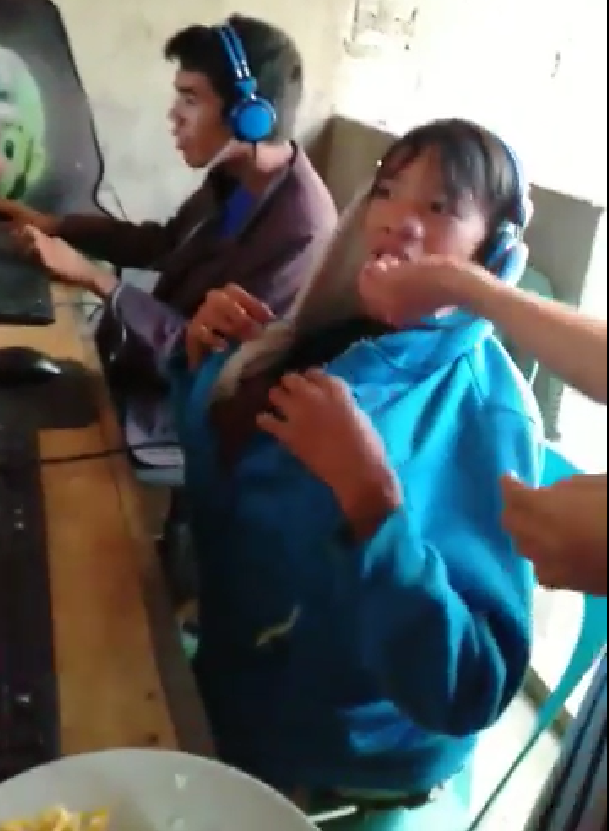 Many slammed this mother for raising a spoiled brat, but many did not realize the sarcasm in her post. She was actually doing a reverse psychology on her son, explaining in another post that parents can find other ways to discipline their children without getting angry or lifting a hand.

Do you agree with her actions?

Here’s a follow-up video of Lilybeth giving her son the vitamins she talked about in the first video: