Do you hate washing your clothes because it’s such a difficult chore? Well, a washing machine can greatly help your dilemma. But if you don’t have one, perhaps you can borrow a cement mixer from the neighborhood construction site? LOL

Some construction workers from Tinangis, Pili in Naga, Camarines Sur in the Philippines had the time of their lives as they did their laundry in a cement mixer! 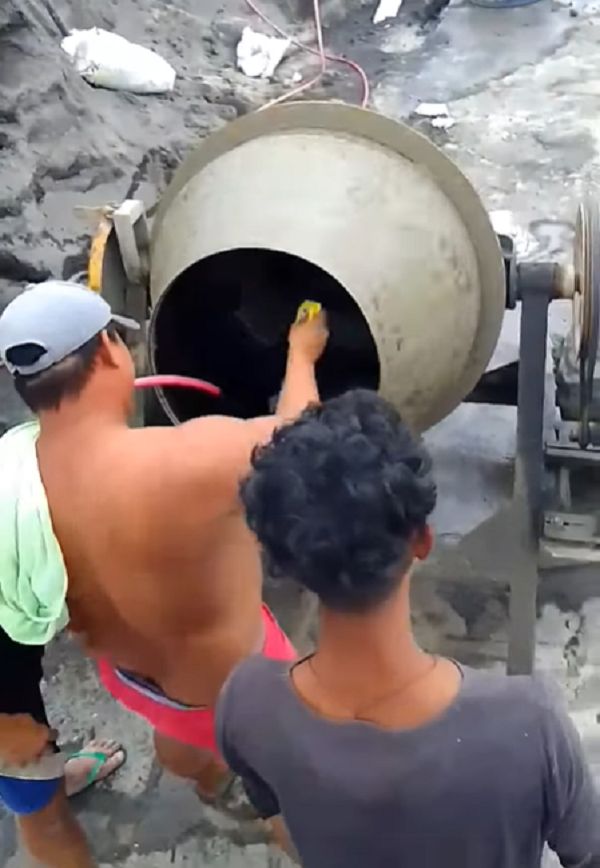 These wise guys had just finished their shift. Just like many construction workers in the Philippines, they probably live in a bunkhouse somewhere at the construction site and had to do their own laundry after work.

Imagine how tired they would surely be to do their own laundry after a long day at work, doing physical and manual labor. That’s why most netizens cheered them on when they decided to turn their cement mixer into a makeshift washing machine! LOL 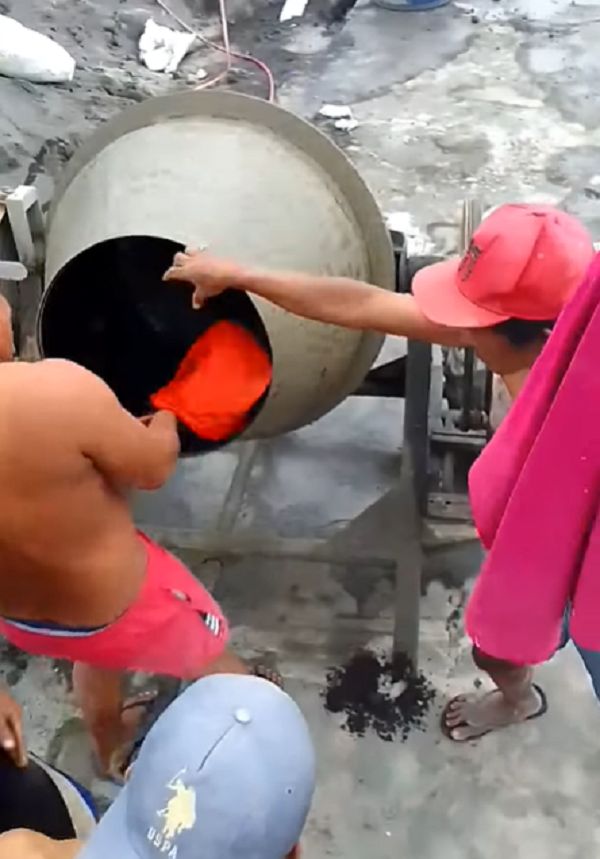 These wise guys could be seen laughing as they tossed in their clothes in their new washing machine, while one put soap and used a hose to put water inside the cement mixer. They were all laughing at their clever idea – and many would surely do the same thing if they managed to convert their obviously non-washing-machine cement mixer into a washing machine.

Would you also do this if you were these construction workers?

Now, some netizens might be angry over the obvious waste of materials in converting this cement mixer into a washing machine. After all, it runs on some kind of petrol to work, right?

But other netizens don’t mind because it is obvious that these guys are really just having fun and wouldn’t surely be doing this on a regular basis.

Other Videos of Cement Mixer Used as Washing Machine

Apparently, these guys aren’t the first ones to convert their cement mixer into a washing machine. Check out these other videos: