Dogs are man’s best friends – and parrots are dogs’ best friends… or so it would seem in this viral video shared by UNILAD on Facebook.

In the clip, a parrot and a dog were the only ones seen in the frame; plus a bag of French fries.

Obviously, the dog could not neatly get some French fries from the bag as it had a bigger snout than the container; although it can take the entire bag for itself, of course. But that’s beside the point.

The parrot could be seen picking up a piece from the bag and sharing it with the dog. When the dog took the piece, the parrot would again take another piece and feed the dog! It went on for some time and it was quite obvious that these two are good friends.

After the clip was shared on Facebook, it quickly went viral and has since received over 9 million views!

Of course, with this clip posted on social media, a lot of netizens could not help but put in their own two cents. Most admired the obviously great friendship between the two animals, with some people even mentioning how wonderful it would be if people would be like this – understanding and caring for one another even we don’t belong to the same race (species, in the case of the dog and the parrot). 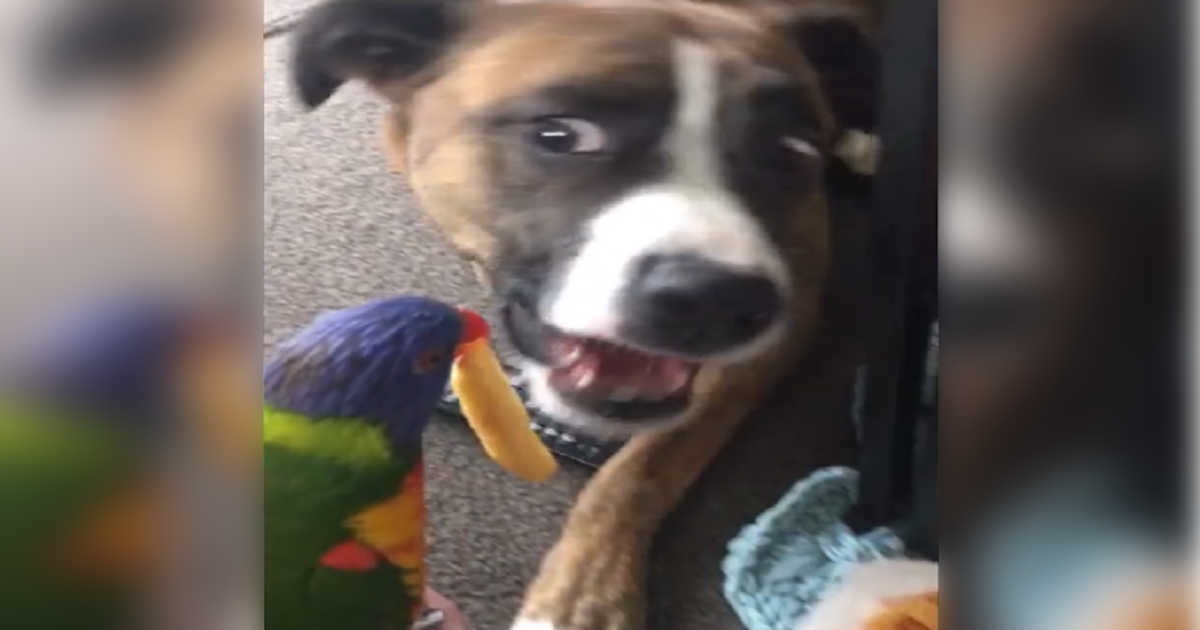 There were also those who tried to point out that the parrot might not actually be feeding the dog – but that it was actually trying to eat but the dog just keeps stealing its food! According to these people, evidence of this could be seen in how the bird actually seems to hold on tightly to the food before the dog manages to grab it away.

Hmmmmmm. What do you think?

Parrot Feeds His Dog BrotherThis parrot feeding his dog brother chips is everything I needed to see today ??