A video has gone viral on social media because it claimed to be ‘evidence’ of the existence of mermaids. With so many people wishing to see real mermaids, it was not surprising at all that this clip quickly became very popular on the web.

But while many did believe that this drone footage showed mermaids swimming out in the sea, many were skeptic especially because there were obviously ships around – surely, if these were mermaids, they would have steered clear of the boats and the people in those sea vessels would have taken close-up shots of the mermaids and shared those on social media themselves, right? 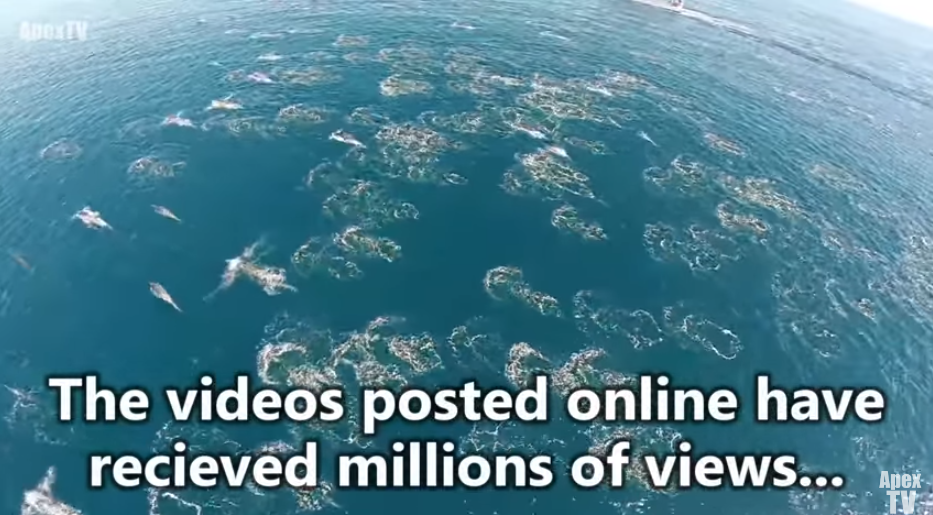 Well, these people clearly had a point – and it would soon be revealed that the drone footage of the supposed mermaids swimming in the sea was actually that of a swarm of dolphins! Hundreds of dolphins were the ones actually swimming in that drone video – and their flippers made it appear that they were like humans swimming, easily allowing many to believe that they were mermaids.

Still, now that I knew the creatures swimming in that clip were dolphins, I could easily imagine them as mermaids, anyway! I wish the drone video actually caught real mermaids…

Here’s the clip. Watch it and tell us whether you thought the creatures were mermaids or you already recognized the dolphins swimming in the sea?

Humans have always been fascinated about humanoid creatures such as mermaid; though, to date, there has never been real evidence that they do exist! Of course, there have been a lot of reports about mermaid sightings and supposed beached mermaids but these were later dismissed as hoax.