Some days ago, photos of tarpaulins bearing the name of Philippine Pres. Rodrigo Duterte and Department of Public Works and Highways (DPWH) Secretary Mark Villar had gone viral on social media – with the president’s critics using these photos to bash him for putting his name on these tarpaulins, especially because 1) the projects weren’t even done under his term and 2) he had constantly been talking about how much he hates it when politicians are pa-‘epal’ yet he’s doing ‘epal’ moves in these posters.

Duterte supporters, especially those from Davao City, quickly pointed out that in the decades that they have known him, he has never put his name or face on government projects because he believes that such projects were not his but the people’s!

After all, while the politician might be a vehicle for the realization of these projects, every single centavo spent on those projects comes from the people’s money. 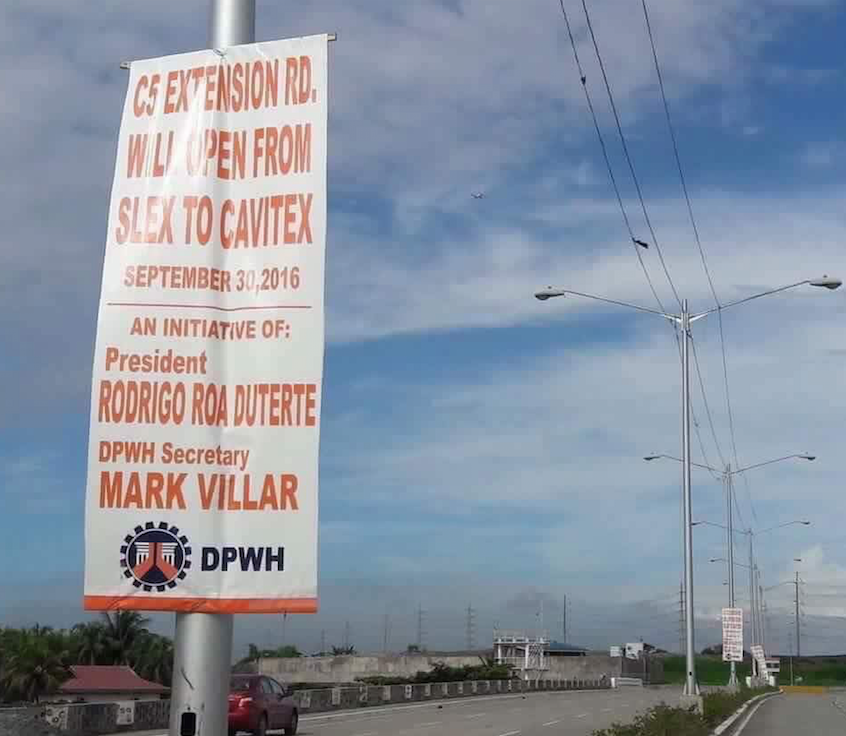 Supporters called on Villar to take down these pa-‘epal’ tarpaulins ASAP. One of the angry Duterte supporters wrote to Sass Rogando Sasot, a staunch Duterte supporter currently based in The Netherlands. She reposted the photo and the message on her social media page.

FROM A CONCERNED READER…PAGING MARK VILLAR!!!

I just saw this photo today from echoserang Carlos Celdran.

It’s a photo of tarpaulins indicating the initiative of the President and DPWH Sec Villar on the C5 extension road.

I was born and raised in Davao City and Duterte NEVER DOES THIS TYPE OF KA-EPALAN! How can we call out the attention of Villar para itigil na niya and kawalang hiyaan na ito as it would badly reflect on PRRD.

Within minutes, she received a response from Villar’s team: 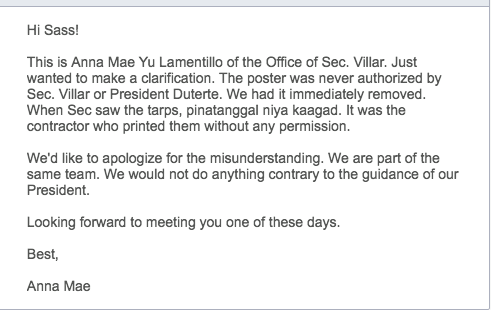