Just this weekend, a video of a Canadian national named Kengo M on Facebook went viral. In his video, he exposed a certain Club Apeiro Entertainment and KTV Bar and the men who according to him tried to extort $3000 from him for some drink and food.

But a willing source that is connected with the bar surfaced and wanted to clear the KTV’s side. Mr. Roland Kua was informed by the KTV’s manager’s close friend about what really transpired. Kua, then went to Philippines Trends to air the management’s side.

Here in Rachfeed, we believe that there are always two sides of a coin. 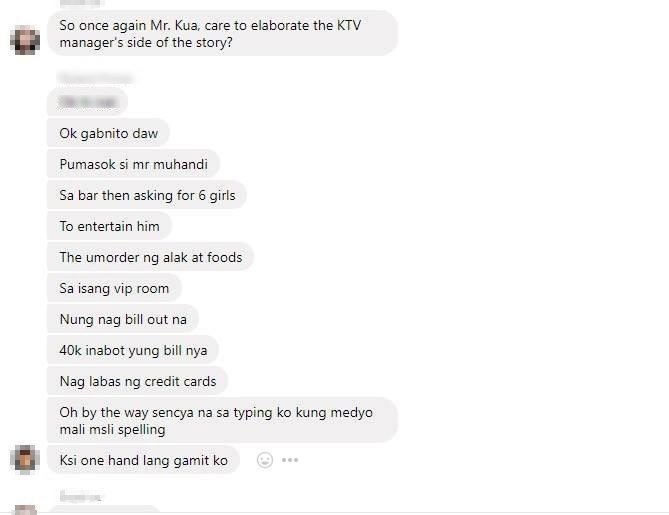 So, anyway, the truth, according to Kua is that Muhamadi entered the club and asked for 6 girls to entertain him. He proceeded and ordered food and drink for all of them which reached P40,000. 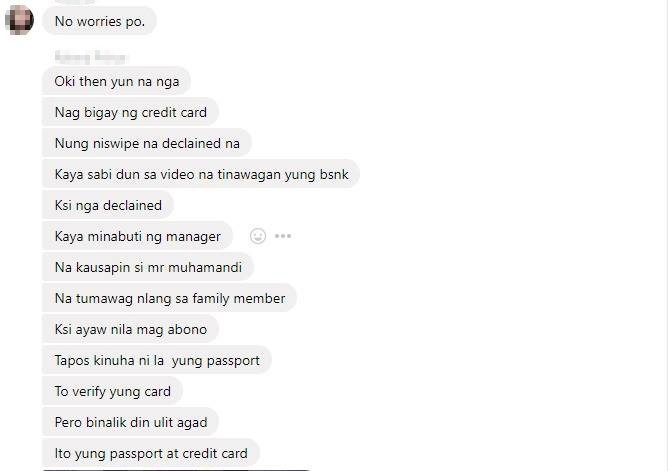 But when it was time to pay, Muhamadi’s credit card was declined. This is the reason, according to Kua, why Muhamadi was brought to another room to ask him to call a family member.

This is also the reason why his passport was taken, but it was only to verify his details and it was also returned immediately. 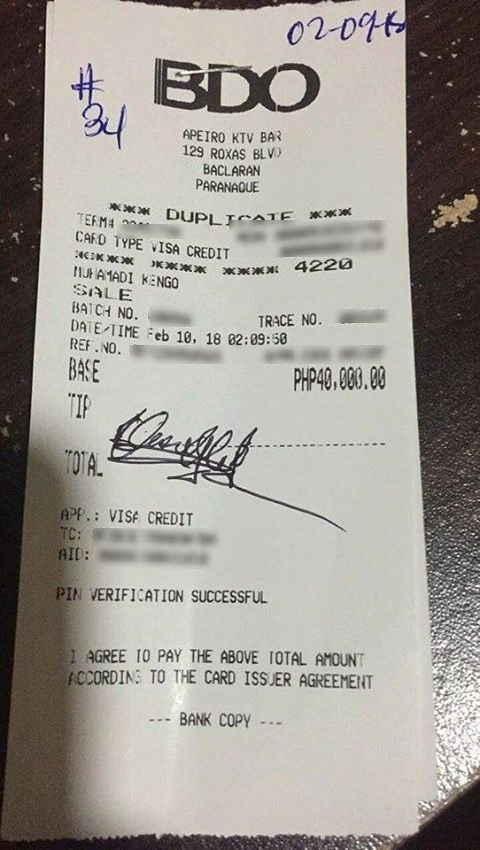 As a proof, Kua even showed the receipt of the bill of Mr. Muhamadi. 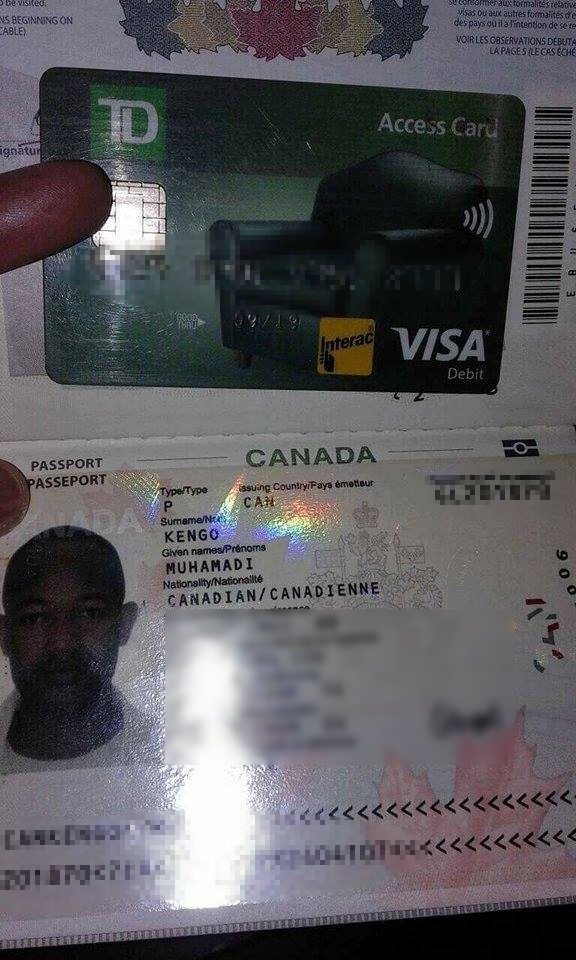 The source also showed the passport and credit card that was used by Mr. Muhamadi.

In the caption of Muhamadi’s video, it can be read that he was being forcibly asked for $3000 for some food and drink. He also mentioned in his comments that the club forcibly took $1000 from his credit card. Could that be the P40k bill? That would roughly convert to $1000 in Canada.

As a final note, Kua called out to people to not pass judgment until you know both sides of the story.