Home
Lifestyle
Man Who Found Old Woman’s $500 at ATM Raised Another $600 for Her!

One guy is gaining praise across social media for raising $300 for an old woman whose money he found at the ATM (automated teller machine) at his bank – and the bank raised another $300 for her! Isn’t that amazing?

This guy was about to withdraw money from the ATM when he noticed $500 sticking out of the money slot. With no one else about, he didn’t know to whom he should return the money; so he brought the money inside the bank and handed it to the teller. But the teller would not accept it; instead, she called the manager.

Perhaps in shock over this guy’s honest actions, the bank staff did not know what to do with the extra $500 so the guy suggested that they try to find out who was the person who made the transaction before him.

This honest guy would later learn it was a 92-year-old woman named Edith who withdrew money for her rent. She needed to pay her $480-rent but also wanted to give him then remaining $20 despite it being her last money for the rest of the month.

Upon learning about this, the guy did something totally unexpected – he gave her $200! A co-worker who overheard what he was doing also gave $100. Touched by these strangers’ gesture, the bank staff also pooled their money and came up with another $300 for Edith!

Christmas came early for Edith! It is remarkable that this honest guy not only returned her money and did not accept the reward she wanted to give him but he also went out of his way to make sure she has enough money for food and other needs for the rest of the month! 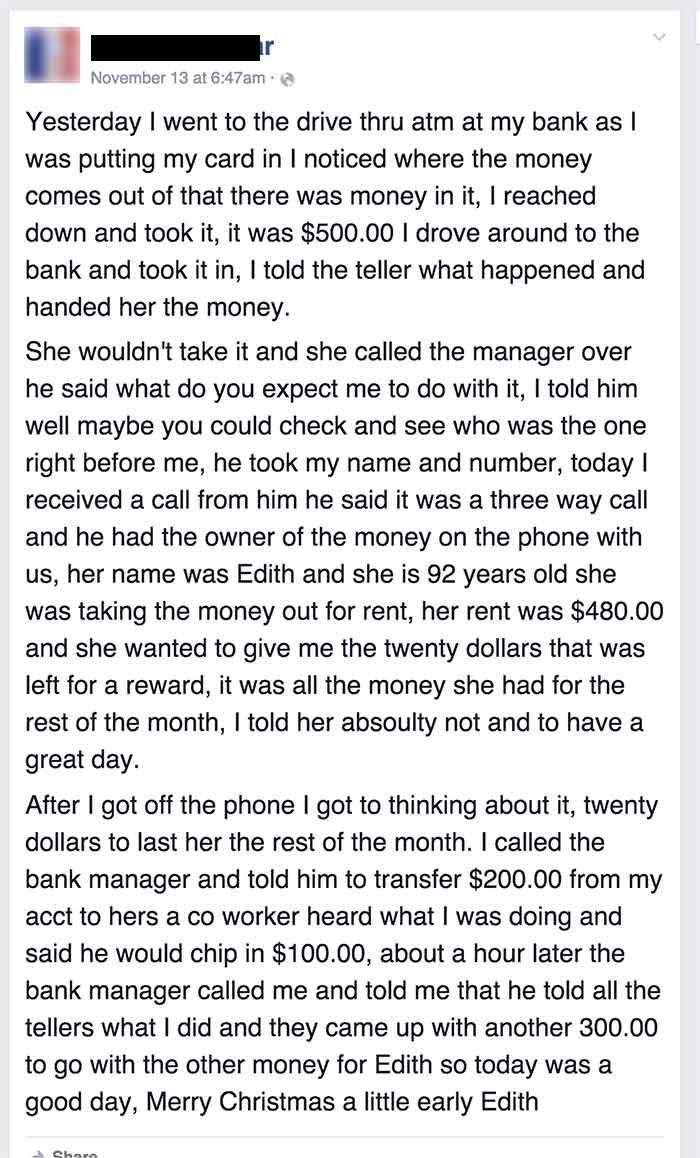