A lot of us have fallen in loves with celebrities and movie stars at some point in our lives but most of us realize such is a one-sided ‘relationship’ that would never really come to fruition. It is a fact we have to admit that we are worlds apart from these rich and famous stars.

Besides, how would we even have the chance to meet these celebrities and tell them how we feel? No chance at all!

One guy who has a crush on actress Erich Gonzales actually had the chance to meet her at a mall and drew up the courage to ask for a selfie but he wasn’t able to ask for her contact number. Numerous attempts at personally reaching out to the actress failed. 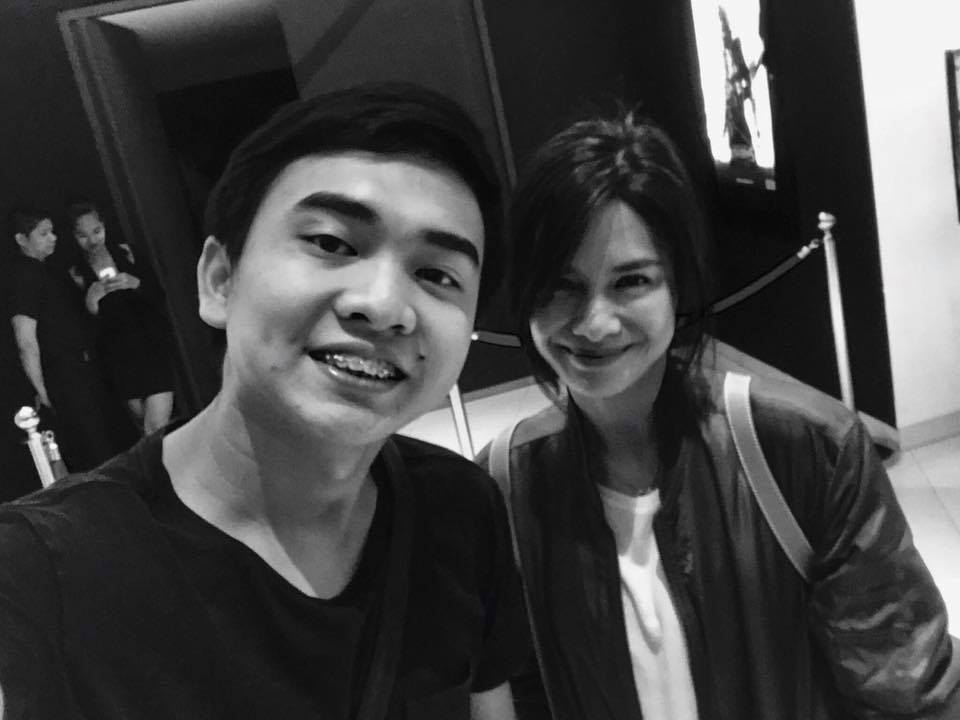 But this guy, Xian S. Gaza, isn’t one to give up that easily. You might recall him to be the millionaire businessman who silenced a networker’s ‘power moves’ in a recent viral post.

If he could not reach Erich through personal channels, perhaps he could do so via a public ‘proposal’, eh?

Xian definitely has deep pockets because he was able to put up a giant billboard at Morayta in Manila with a cheesy message, “I can’t even espresso how much i like you a latte” as he invites the actress for a cup of coffee.

Instead of a “Will you marry me?” message, this billboard ‘proposal’ had a different question, “Will you… drink coffee with me?” 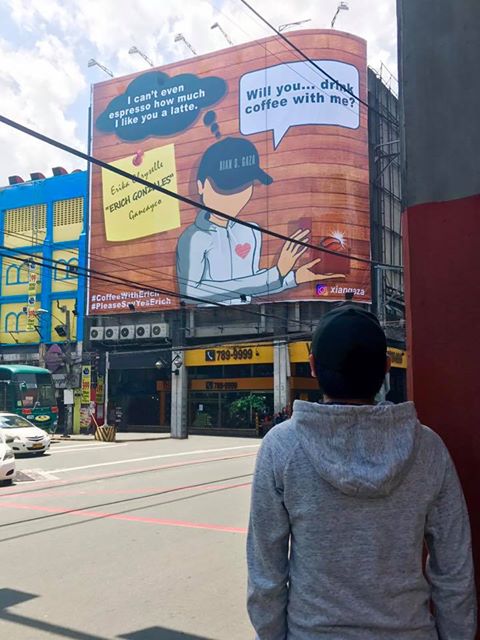 To date, the #CoffeeWithErich proposal has gone viral, getting over 10k reactions on social media. For sure, this has already reached the young star! Let’s wait and see what happens next…

Who is Xian Gaza?

Xian Gaza is the president and CEO of Guanxiqian Group, a company based in Hong Kong that deals with hedge funds.