Does your mom have a social media account and know how to play online mobile games?

A lot of older moms might have a cellphone but those who have social media profiles often limit themselves to just checking their newsfeed from time to time and posting some stuff, including photos perhaps.

But one mom has recently gone viral for playing a mobile phone game. But that’s not the only thing that made her go viral – it was the fact that not only was she quite adept at playing Mobile Legends, a popular multiplayer online battle arena mobile game, she also kept ignoring her son’s “Mom, we’re hungry” plea! LOL.

A lot of us must have felt tired hearing our moms telling us to stop playing with our cellphones but this certainly is a first, a mom who gets told by her kids to stop playing because they are already hungry. 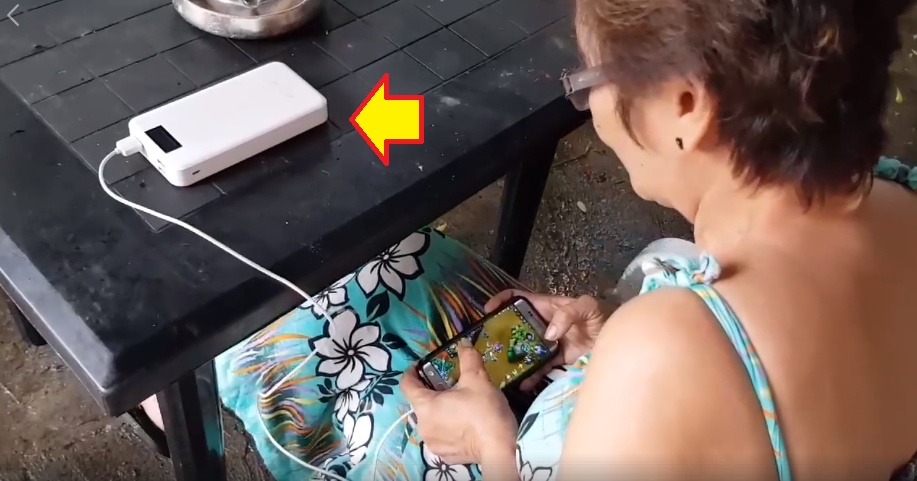 Netizens loved the video which has gotten over 1.3 million views just a little over a week after it was posted.

Many netizens couldn’t help but feel amazed that this mom knows how to play the game, even though she is obviously much older and probably has all-adult kids. A number admitted that their moms aren’t as tech-savvy as this mom! In fact, a lot of older moms don’t even like using cellphones, much less post on social media or play games on their mobile phones.

Do you think this mom is just pretending how to play the game? Well, if you watch the video, it is pretty obvious that she isn’t pretending at all but was actually quite a pro on this mobile game! One might even easily conclude that she’s addicted to it, just like millions of young people out there…