A man was pictured standing at the aisle of an airplane, something that he did for 6 hours so his wife could sleep in comfort at their seats. But his chivalrous deed sparked a heated debate online.

Twitter user Courtney Lee Johnson shared the image of the man she admired on the flight. But while Courtney saw so much love in the man’s actions, a lot of netizens thought his wife was selfish and this guy was just a henpecked husband who couldn’t do anything against his wife’s wishes. Ouch.

“This guy stood up the whole 6 hours so his wife could sleep. Now THAT is love,” Courtney wrote on her Twitter account, sharing the couple’s photo. 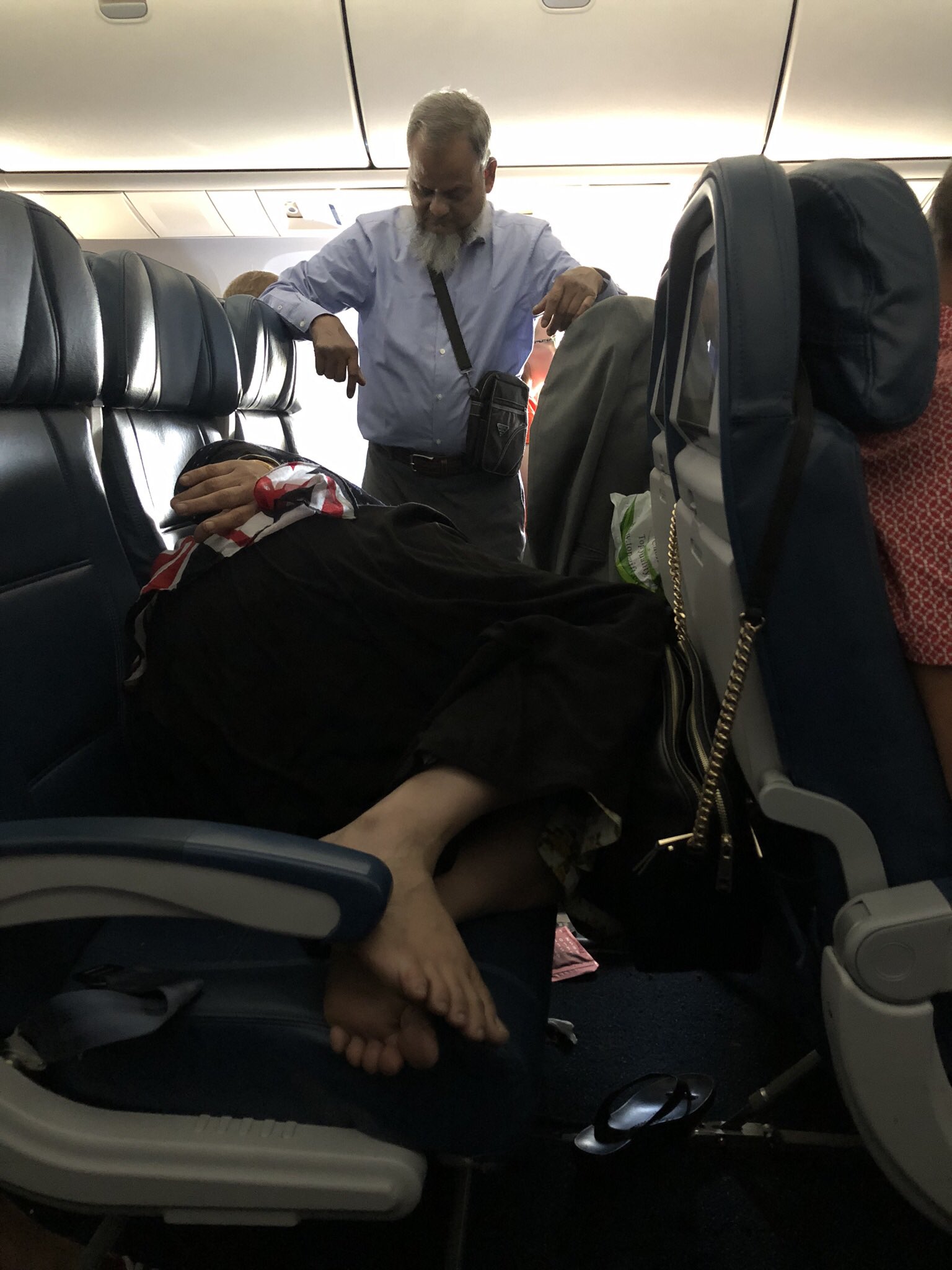 A number of netizens slammed the wife for letting her husband do this, saying that even if he offered to do it, there are ways they could rest in comfort without the guy standing up for 6 hours just for the woman to get some sleep.

“She couldn’t just lie across HIM?! I won’t judge their marriage. My hubs is the kind of man who would do this for me, but I am not the kind of wife to ask this of him!” a female netizen wrote.

A lot of women agreed with this netizen, sharing their own sentiments regarding the matter.

“I can’t let my man stand for even 10 minutes. I’d definitely be sleeping on his laps which would even be more comfortable. Or rest properly on the chair. Why would you let your man stand for 6 hours?” another female netizen chimed in.

Even men agreed that the photo isn’t showing love.

“That’s not love, his wife is selfish and he is weak,” a guy commented.

There were those who praised the man, of course, especially because he already looks like he’s in his senior years. Imagine standing up for that long and you’re already old!

But it is pretty clear that no matter what people are saying about them, this guy truly loves his wife so much that he’s willing to do this for 6 hours – and doesn’t even complain about a thing. Kudos, Sir!

What is a Henpecked Husband?

A henpecked husband is someone who won’t or can’t decide for himself, relying instead on his wife. Often, he does this because he is intimated or even scared of his wife.