COMPTON, California – A newborn baby who was buried alive was rescued by the police after locals reported hearing cries near a riverbed.

The infant, believed to be only about two days old, was found buried alive under asphalt and rubble last November 27, 2015.

According to the Los Angeles County Sheriff’s Department’s (LASD) official statement released on Facebook, the poor baby was found wrapped in a blanket but cold to touch. She was abandoned near a riverbed located between 136th Street and Slater Avenue, in the city of Compton. She was checked for vital signs and was immediately transported to a local hospital. She is currently listed stable and will stay in the hospital for observation. 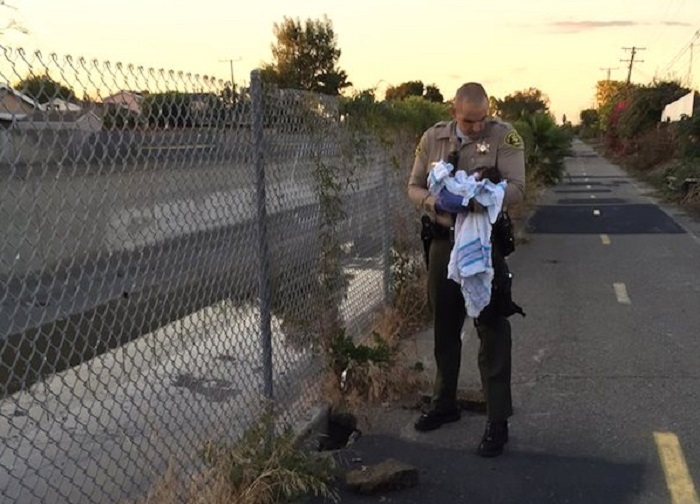 Authorities from LASD reminded the public of their LA County’s Safe Surrender Program:

“Some parents of newborns can find themselves in difficult circumstances. Sadly, babies are sometimes harmed or abandoned by parents who feel that they’re not ready or able to raise a child, or don’t know there are other options. Many of these mothers or fathers are afraid and don’t know where to turn for help.

There’s a better choice, surrender your baby. A parent stuck in this difficult situation can safely surrender their baby at any hospital or fire station in Los Angeles County, no questions asked.”

As of this writing, authorities are now searching for the baby’s mother.

Why do parents abandon their child?

Bonnie Peters, executive director of the Family Support Center in Utah, said, “Quite often the parents (who abandon children) feel abandoned themselves in terms of feeling isolated, not having a support system in which they can vent, talk.. Sometimes we are the most judgmental when it’s within our own family. They don’t need that. It’s not our place to judge.”

Usually, when a mother feels that she will be judged by her family and community with her new responsibility, she is pushed to make a decision to leave or abandon her baby.

“It’s so sad to think of the sorrow, pain and shame these birth mothers can feel”, Peters said.