How far would you to win back your ex-girlfriend?

For a young man in China, kneeling outside a female dormitory in Chongqing Industrial Polytechnic University in China for several hours was his way of telling his girlfriend how sincerely sorry he was.

As if that grand gesture wasn’t enough, he even carried a bundle of canes on his back to allegedly accept the punishment of beatings from his girlfriend. 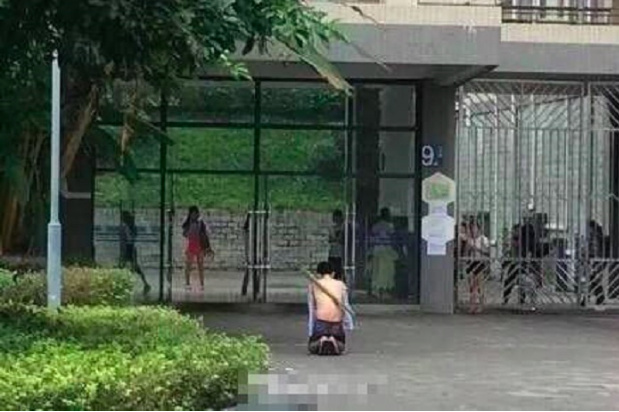 Several photos of the unnamed man emerged and quickly took the Internet by storm. After all, the man’s sincere move to beg for his girlfriend’s forgiveness is quite unusual. Many applauded the man for having the courage to do such act.

The reason for the rift between the man and his girlfriend was not revealed, yet many netizens think he did something horribly wrong for him to apologize in such manner.

According to The Daily Mail UK, the young man’s grand gesture was actually inspired by an old Chinese story which happened way back in 283 BC.

In the story, Lian Po, a distinguished general, went out of his way to ask for the forgiveness of Lin Xiangru, a lowly servant. Po, who was arrogant to Xiangru, put branches on his back and was prepared to receive beatings from the latter.

An apologetic man named Scott Xu willingly paid for a four-page ad in the April 2 issue of Beijing Youth Daily just to publish his apology to his girlfriend, according to a report by China Daily.

The first page contains the photo Xu and his estranged girlfriend, while the second page shows the letter of apology.The third and fourth pages were left blank because the man “suddenly don’t know how to write anymore”.

Dear Xuan, it’s an ordinary day but meaningful to us somehow. I am sorry I have been hurting you so much which gets back to myself finally. I just want you to know that how important you have been and how sorry I am still feeling to you. Your love can do so many others can’t, very special and unique.