Every single day for the past 6 years, a man folded two banknotes in the shape of a heart for his wife. It was a sweet gesture of love that would eventually turn into a car!

The thoughtful husband from Sichuan, China, began to fold two banknotes for his wife as a symbol of his love. The origami would be placed in a box which the couple saved for years. His wife certainly loved the gesture but while the man wanted to continue doing so for 20 years, the banknotes have become moldy with age. 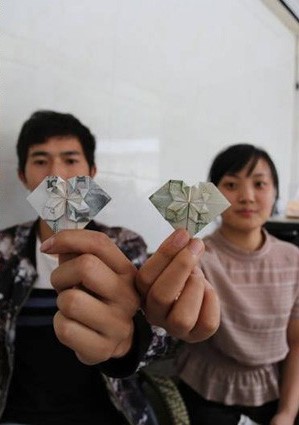 As he didn’t want to risk damaging the money if he continued with his origami without spending the old money, the man decided to use the cash to buy his wife a brand new car. Isn’t that great?

He placed all the money in a suitcase and carted it to a car dealership whose agents were quite surprised to see so much money folded into hearts. They were delighted with the story behind the origami hearts that they didn’t mind spending several hours unfolding all those paper bills and eventually counting the money. 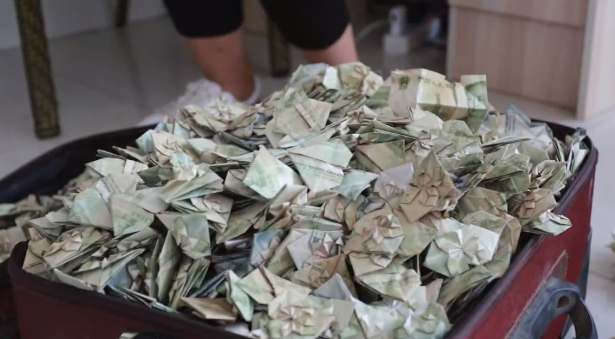 After hours of unfolding, they were thrilled to tell the man he was able to save 20,000 yuan ($3,000) worth of heart-shaped banknotes!

Because the money was not enough to buy the car, the loving husband decided to still continue with the purchase and use his credit card to pay for the remaining amount. Isn’t sweet that part of the money came from his savings using the origami hearts? This is probably the most literal way of showing how a husband could love his wife… 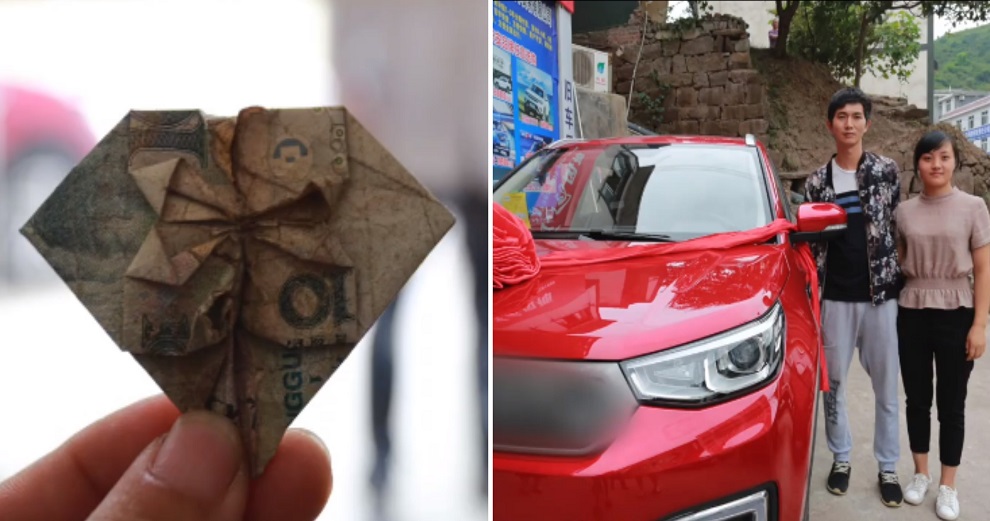 Even now that he has gotten her a car, he still plans on folding more hearts for her every day. What a sweet guy!