Mothers, what would we do without them?

In most households, the mom is always the first one that the children look for when they arrive at home – even when the kids are already adults! Even when their dad is around, kids look for mom.

But not everyone is lucky to have their moms until they also get old because some have the misfortune of losing their mothers when they are still young.

One student in the Philippines recently went viral for writing a heartbreaking letter addressed to her late mother. Julie Anne Aguirre wrote, “Paalam aking Ina” (Goodbye, my mother) on Facebook.

In the post, Julie Anne had a lot of questions to ask her mother but the answers were obvious; the woman can’t answer back because she was already dead. She admitted that she finds it ‘super hard’ to accept the reality that her mother was gone. 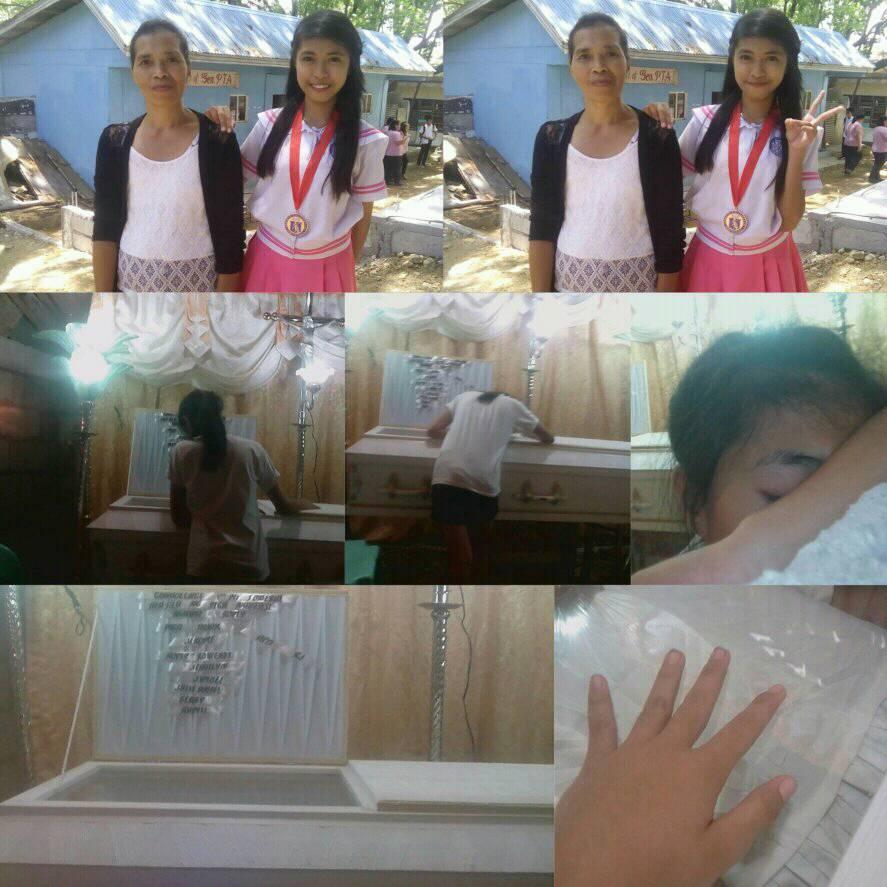 She couldn’t help but ask, young as she is, why her mother was the one taken away when there are so many people in the world. This is especially heartbreaking because Julie Anne will be missing her mother on her moving up ceremony where she will receive a medal; it would be the first time she’ll be going on stage without her mom.

As she grieved her mother’s death, the young girl promised to follow her mom’s advices and wishes but mentioned again how much she is going to miss her mother. She even misses her mother’s admonitions but promised she will complete her studies like her mother wanted.

Julie Ann did feel somewhat happy that her mother is no longer going to experience pain; though the young lady didn’t explain why her mother died.

She ended her letter with a gentle reminder for everyone to show their moms how much they love her, and to not wait until it is too late before they do it…