A lucky guy’s near-miss experience with an over-speeding vehicle goes viral, with netizens saying that it really was a good thing that he wasn’t walking at the sidewalk part or he would have lost his life at that instant!

It is said that one can never really tell when his/her time on this Earth will be up. You could just be sleeping when it happens! But the same thing goes when it is not yet your time. You could be in the middle of the street or someplace dangerous, yet you will be safe, anyway! 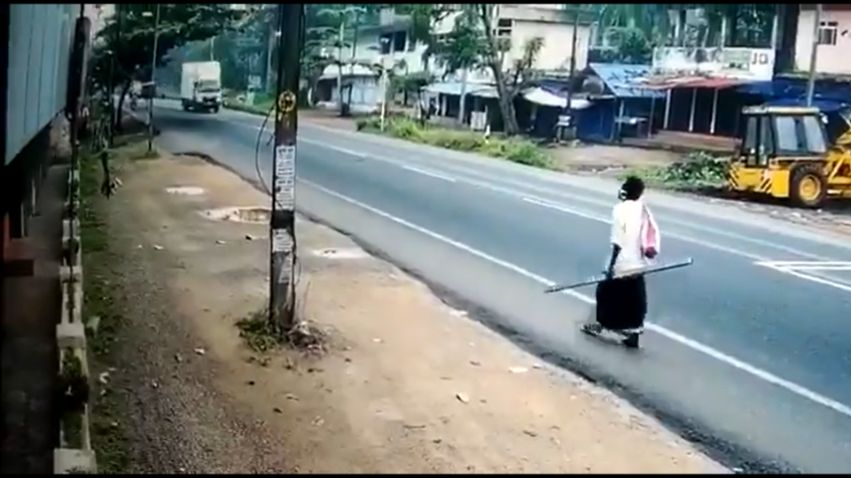 That appears to be the case with the man who recently went viral for the crazy near-miss experience he had with an over-speeding vehicle while he was walking along the highway near the village of Chavara in Kollam District, Kerala in India.

In the video shared on Twitter by a number of impressed netizens, including Nisar Pari, the many could be seen walking at the inner portion of the road that still has some asphalt but is too small to be a regular lane. This portion is really more like a sidewalk part, except that there’s a bigger area on the real sidewalk but it does not have some asphalt, only soil. 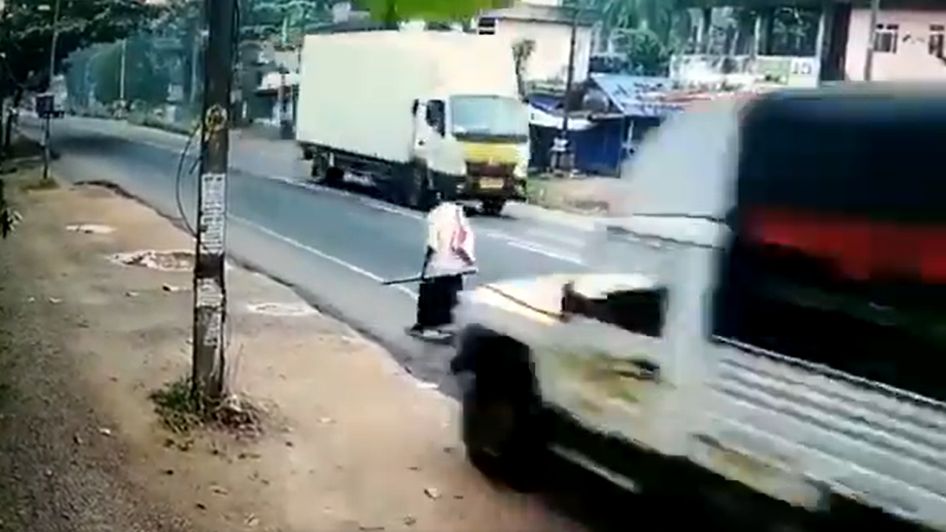 The man was walking calmly, knowing that he’s really on the ‘safe side’ of the road because he could watch the oncoming traffic (and there are barely any cars passing). But moments later, an over-speeding vehicle rushes on the wrong side of the road and wheezed past him, moving to his left.

Had he been walking on the safest side away from the road, he would have been hit by that vehicle! Whew. 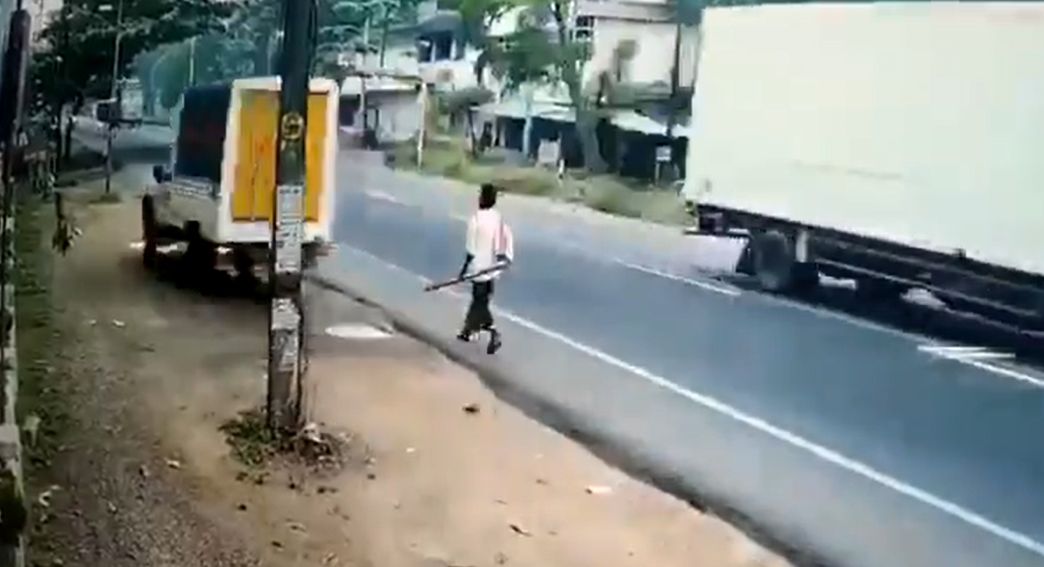 “Luckiest man of the month award goes to this man. Chavara, Kollam District, Kerala,” Nisar commented as he uploaded the video.

Luckiest man of the month award goes to this man.

Safe Side of the Road for Pedestrians

Always stand, wait, or walk on the sidewalk if there is one. But if there’s none, walk on the side of the road where you’ll be facing oncoming traffic. This will put you in a safer zone because you can easily watch out for oncoming cars.