Everyone knows that chickens and cats don’t mix – or so we thought! We all have this notion that chickens will peck cats out of their coop and that cats will eat the chicks or chase the chickens around. But one mother hen recently went viral after it sheltered three kittens in her nest – and they all think she’s their momma. Cute, isn’t it?

It is not unusual to see chickens staying inside their coop to protect their eggs and, perhaps, even chasing around cats that might take their chicks. But a farmer had the surprise of his life when he found a mother hen brooding over three kittens! 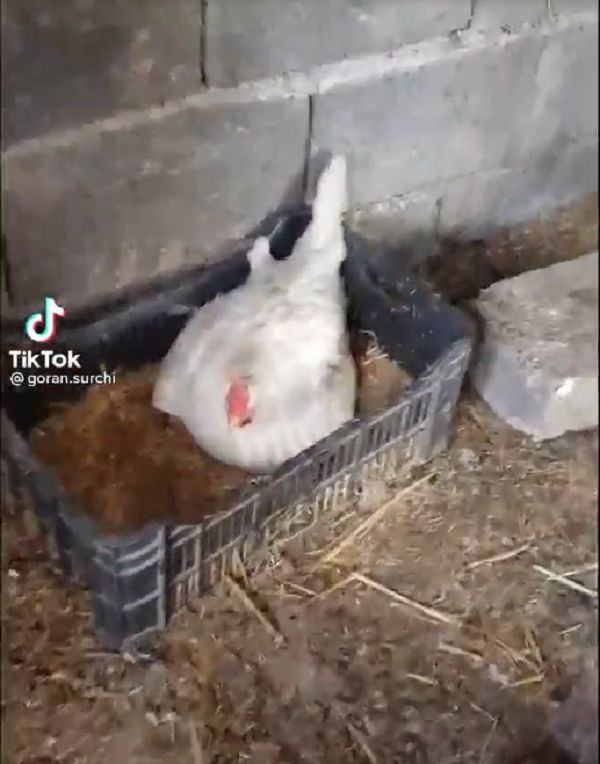 That’s certainly not something that you can expect to see in a chicken coop but this hen’s maternal instincts must have kicked in after the kittens found their way inside the coop and took shelter in the cozy nest.

In a video that has gone viral on TikTok, the farmer shared the moment he discovered that their chicken had adopted some rather unlikely babies in their farm. At first, you can’t see anything beneath the brooding chicken but the farmer must have suspected that something was amiss because he decided to take a video. 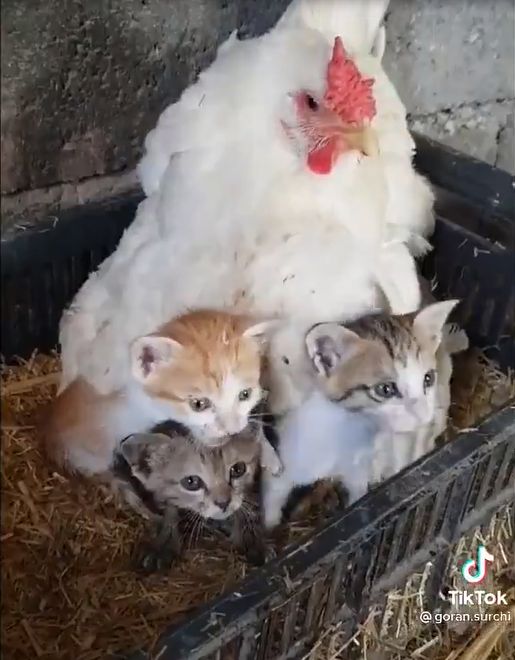 As he approached the nest, the chicken looked really alert; though it was used to its human and didn’t really move away. The farmer was quite surprised to find that the chicken was brooding over three adorable kittens.

What’s even cuter is that the kittens really thought the hen is their mom as they felt so cozy underneath her warm feathers. The cute video quickly went viral, but some netizens are asking how the mother cat reacted after seeing her babies getting ‘adopted’ by that chicken! LOL

A chicken coop is a house for the chickens. Often, it also comes with nests for brooding hens. The chicken coop ensures that the chickens are safe from their natural predators and garden pests, including rats, cats, foxes, monitor lizards, and other animals.