A teenage girl’s final moments before a train tragically hit her was caught in a chilling photograph.

Unlike usual victims of train accidents, the 19-year-old unidentified Chinese woman was seen taking a selfie just a few inches from the railway track as a train approaches her from behind in Foshan City in  South China’s Guangdong Province. 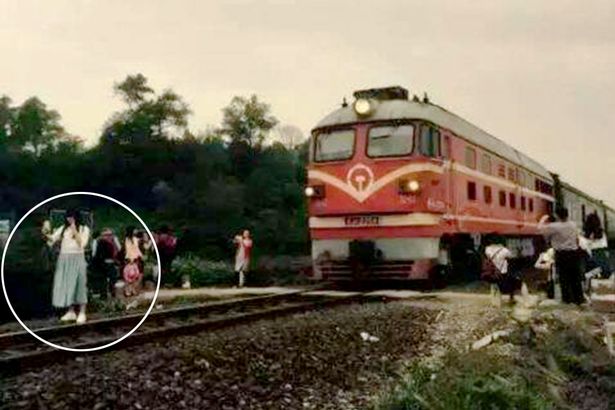 Clad in white top and blue skirt, the girl was allegedly attracted to the scene in the rail track where a sea of roses are growing nearby. She then took the opportunity to capture her own photo with the beautiful scenery as her background.

Witnesses claimed that bystanders attempted to warn the girl to maintain a safe distance from the tracks. However, the girl reportedly ignored their warnings.

Paramedics pronounced the girl dead on the spot.

As a result of the incident, local officials may restrict access of visitors in the scenic train tracks which has attracted hundreds of tourists.

In 2015, more people died due to selfie-related accidents compared to shark attacks. While 8 lives were claimed by the popular ocean predators, a total of 12 deaths resulted from incidents involving selfies.

Four of the selfie deaths were caused by falling, others were deaths caused by train accidents while taking selfies.

Because of the rising number of daredevil selfie takers, several parks have closed as their guests had attempted to take risky selfies with dangerous animals such as bears and bulls. Other parks have began banning selfie sticks to prevent accidents.

Speaking to Al Jazeera, an aide to Russia’s interior warned selfie takers: “Before taking a selfie, everyone should think about the fact that racing after a high number of ‘likes’ could lead him on a journey to death and his last extreme photo could turn out to be posthumous.”