During Christmas season, people set up Christmas trees to decorate their homes for the season. In places like the US, people get real trees for their Christmas trees as opposed to other places where plastic trees are the only ones available.

Of course, when January comes, everyone takes out the trees and keep the decorations for next Christmas.

But in Santa Clarita, California, on January 4, one woman actually went back to the store where she bought her Christmas tree to demand for a refund because, apparently, the tree was already dead. Is she even serious? 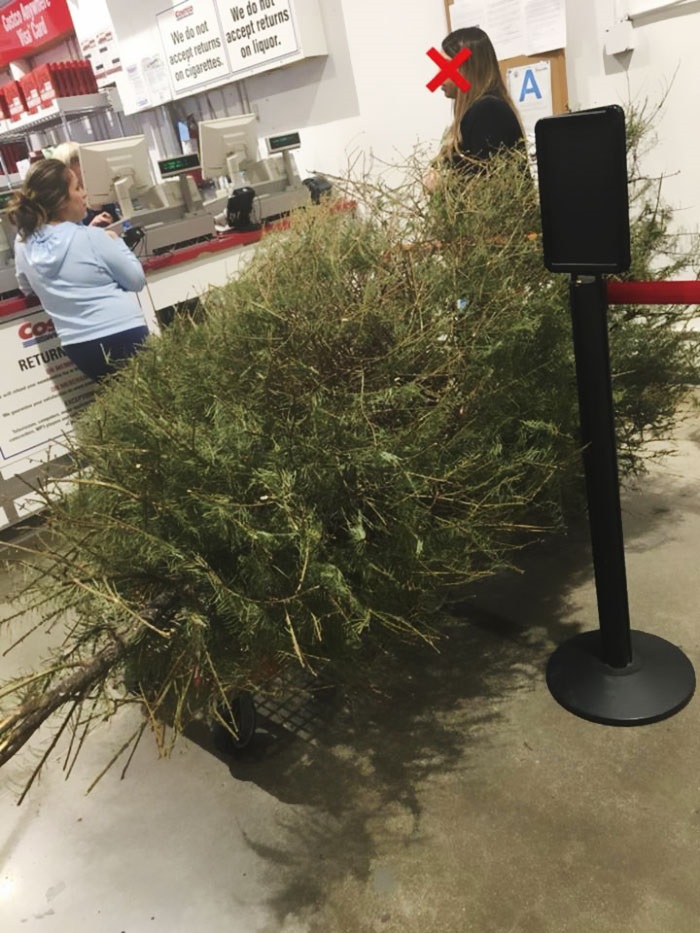 Scott Bentley shared a photo of the woman and the tree she dragged back to Costco to demand for a refund. He said that he just couldn’t believe this was happening at all and if he didn’t see it with his own eyes, he wouldn’t have believed it really happened!

According to Bentley, Costco employees verified the purchase on her account. While they questioned the woman about the purchase and repeatedly asked why she wanted to return the tree, the woman nonchalantly just kept saying she was doing this because the tree was dead.

It was obvious, of course, that the tree was not in tiptop shape and would be turning totally brown in a few more days but isn’t that what was supposed to happen to Christmas trees at the end of the season? Everyone is expected to get rid of theirs in the dumpster or perhaps chop it up for firewood or do something else – but never returning it back to the seller just because it was dead!

But would she get her refund? Amazingly, she actually did!