The saying loves knows no gender holds true for a transgender couple who decided to switch traditional gender roles. 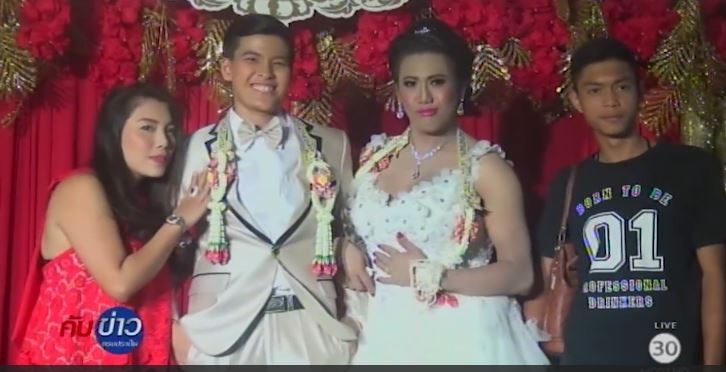 The couple apparently met years ago through Facebook and have become inseparable since then. Although the two reportedly secured a marriage license a couple of years ago, the lovebirds decided to wait for the suitable time to hold the wedding ceremony attended by a few hundreds of their families and friends.

These days, it’s becoming common to see transgender people get married with a fellow transgender. In 2016, a transgender couple in San Francisco said their “I do’s” after 7 years of dating. Dreaming of starting their own family, Clair Farley and James Howley have disclosed their plans to adopt a baby.

“In the future Jim [James] and I will have a family and I would love to see what that future looks like,” Claire said.

What is the difference between transgender and transexual?

Transgender people have a gender identity or expression that is different from their assigned sex. In contrast, transexual people are transgender people who have transitioned from one sex to another.

A transgender person has an independent sexual orientation. This means that they may identify as heterosexual, homosexual, asexual, bisexual or even consider traditional sexual orientation labels inadequate or inapplicable.

Transgender people often make changes to match the way they feel about themselves and this is called transitioning. Some change their name, hair and clothing. Others take hormones or undergo surgery to complete their transition.