A poor couple who both worked for a farm in India was shocked to find out that the baby the wife was carrying had an extra head attached to her stomach.

According to ViralThread, the unnamed 21-year-old expectant mother had earlier undergone ultrasound and was told that she will be having twins. She was later rushed to Ram Snehi Hospital in Jahazpur, India after complaining of severe pain. Emergency C-section was performed.

But the couple’s excitement turned to fear after seeing that their twins were fused into one body – and that only one was actually alive while the other was a parasitic twin whose head protrudes from the viable baby’s stomach. The parasitic twin also had a small arm and some facial features but it was clear to the doctors that the babies are not your typical conjoined twins. 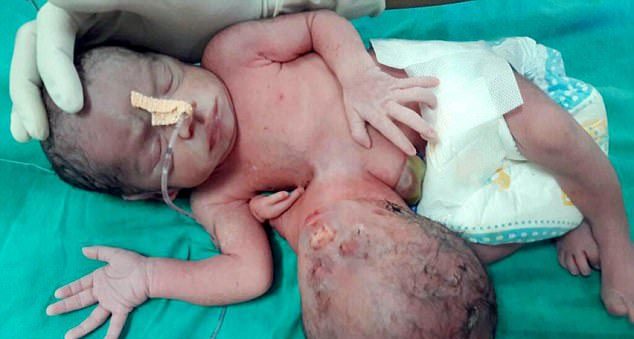 Shocked over his daughter’s appearance, the father told doctors to work hard on saving his wife; he told them that he does not care if they don’t care for the baby as long as his wife is alright for he was sure that the child will die, anyway.

But doctors managed to convince the heartbroken father that his daughter still had a chance to survive, if only the parasitic twin is removed. If left attached to the viable baby, both of them will die soon as it was sucking out nutrients from the healthy one.

The grief-stricken father eventually agreed to have the child operated on. The still unnamed baby was taken to JK Lone Hospital in Jaipur, also in India, where the parasitic twin was removed by a team of surgeons. 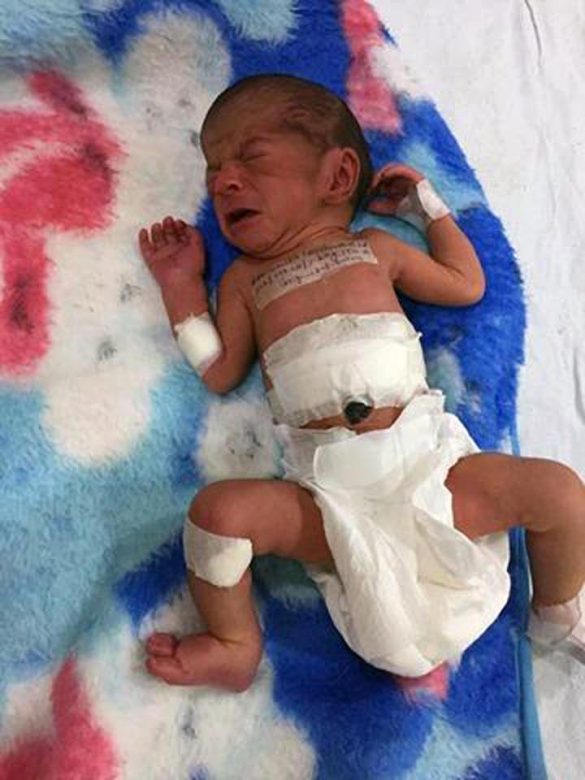 After several hours, the baby was finally free of the extra head! Yay! Reports revealed that the child is now doing well and is expected to fully recover. Thankfully, the hospital has also waived the bills relating to the child’s case.

A parasitic twin is an underdeveloped twin that is attached to a viable baby. Unlike conjoined twins, this other twin merely exists and ‘feeds off’ the other twin. Doctors try to separate parasitic twins from the host twin to ensure that the other one’s growth is not hampered by the other.