A kind FoodPanda rider is making waves online after he was spotted sharing his lunch with a stray dog. Netizens were impressed that he would do so, even if the dog isn’t his and me might also be hungry himself.

Many people love dogs and other animals. A lot would even go out of their way buy special food for their pets, because they consider their animals as their children or a big part of the family.

There are even some who don’t eat expensive foods but would readily buy expensive dog food or special meat cuts for their pets! Do you also do that for your fur babies?

But what if the animal isn’t yours? Would you still willingly spend a lot of money or give them special food? 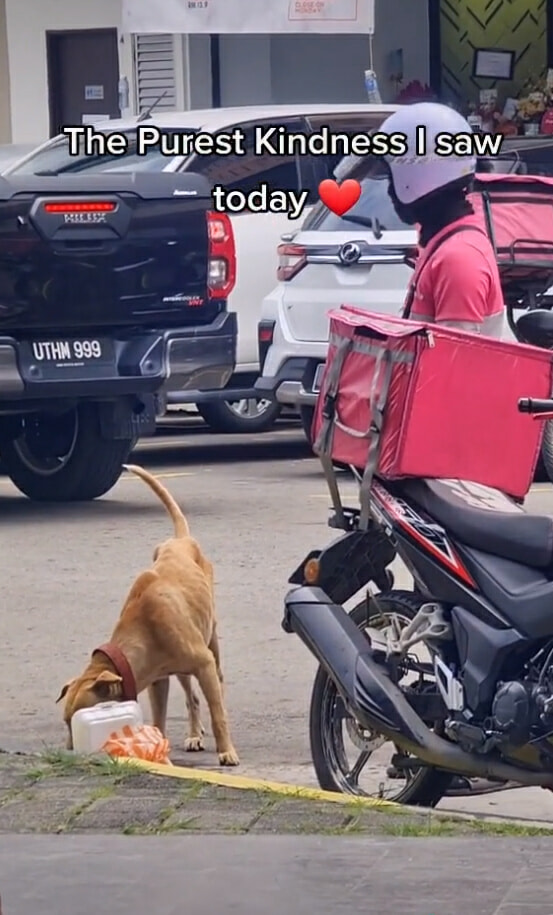 It’s understandable, of course, why many people can’t do that. Yet it makes heroes like this kind FoodPanda rider even more admirable.

In a TikTok video that gained lots of comments from netizens, @francesemerony shared a video of a FoodPanda rider who giving a packed food to a dog at Lido Plaza in Penampang Sabah, Malaysia.

According to Frances, the rider didn’t even know that she was filming the beautiful moment but had done so, even if he didn’t realize someone else was watching. It simply means that he was doing this out of the kindness of his heart, not because he thought he might become famous for doing a good deed. 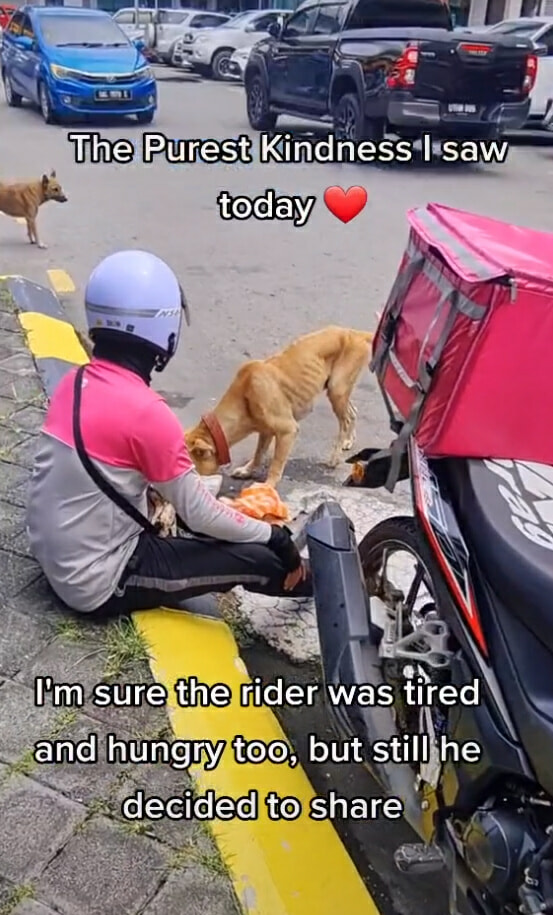 “Thank you Foodpanda Rider whoever you are. The purest kindness I have seen today. We don’t have to be rich to be kind,” Frances wrote.

“I’m sure the rider was tired and hungry too, but still he decided to share.”

What’s the Best Food for Dogs?

There are many foods that can be good for dogs. They can even eat most foods that are fit for human consumption. But these are among the best food for dogs: