Known for coming up with unique and crazy attractions, Japan has once again surprised the world with a one-of-a-kind amusement park that will certainly calm you down and drive your heartbeat through the roof all at the same time.

Located in the city of Beppu, a place known for its hot springs, the “spamusement park project” will let you soak in a tub while riding a rollercoaster. Every ride seem to be based on traditional spa amenities in Japan. 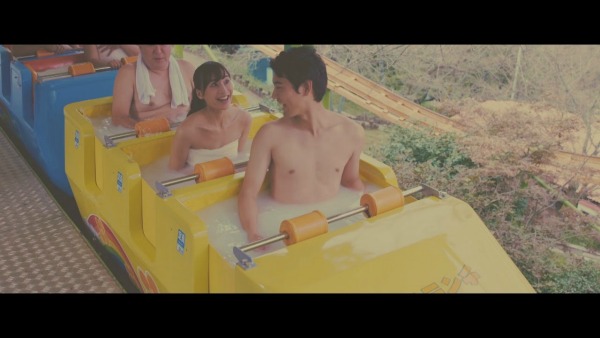 According to the mayor of Beppu city, the “spamusement park” will turn into reality if its promotional video on YouTube will hit one million views. The video went viral immediately and has been watched more than two million times.

“We were surprised by the rapid, speedy response, which allowed us to reach our target of one million views in just four days after the clip was uploaded to YouTube,” said Yasuhiro Nagano, the city’s mayor.

“I believe that, as one of the world’s best hot spring tourist spots, the appeal of having an onsen [a Japanese hot spring] theme park in the town creates an opportunity for the citizens of Beppu, particularly young residents, to feel that ‘Beppu is fun’ and have a sense of pride for their hometown,” he added.

Still, the mayor has not disclosed when and where the park will be built.

What is an Onsen?

An onsen is a Japanese hot spring that has bathing facilities and inns often situated around it. Japan has thousands of onsens because it is a volcanically active country.

Onsens, which were previously used as bathing places, now play a big role in directing Japanese domestic tourism. Although typically built in the countryside, onsets can also be found in major cities.

Water from onset is believed to have healing powers derived from its mineral content.