Everyone knows that you have to look presentable when working in a service-oriented job such as being a waiter in a restaurant. While you don’t have to look handsome or beautiful, you still have to look good and clean.

Brian Maixner is a single dad who works hard at the ‘Doo-Dah’ Diner in Wichita, Kansas to support himself and his teenage son. He has a sunny disposition and cheerful spirit that made him an excellent waiter but the only problem is that he had rather crooked teeth.

It was bad, actually, that he has experienced having toothaches since he was a kid yet had repeatedly postponed getting them due to the state of his finances. After having a kid, his focus was on raising the boy that fixing the teeth problem just kept on getting postponed. 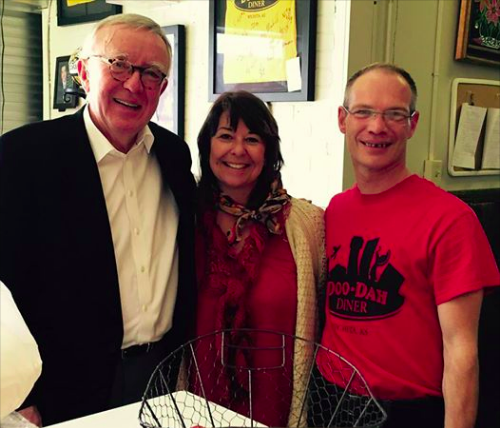 Timirie Shibley, the owner of the ‘Doo-Dah’ Diner, admired Brian for being always cheerful on the job but she had reservations when it came to him serving the customers as she was afraid someone might complain about his crooked teeth, especially considering he works in the food industry.

One day, when Oklahoma lawyer Fred Boettcher approached Timirie, she was terrified that he was going to sue the restaurant or complain about the waiter but the elderly man only had good words for Brian.

Having experienced having bad teeth and needing a lot of dental work in his youth, the lawyer knew the only thing holding Brian from getting better teeth is money.

“This young man, he just touched me. I’ve had a couple of restaurants in the past and I know how important appearance is. He was a clean-cut guy with a smile like an angel, and I thought, ‘I’ve got to help,’” he said. 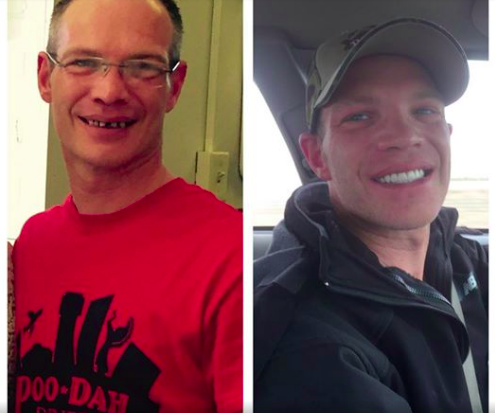 So, Atty. Fred paid for Brian’s dental needs which amounted to nearly $25,000 but he didn’t mind the bill, knowing he was able to make someone smile a little brighter, quite literally!